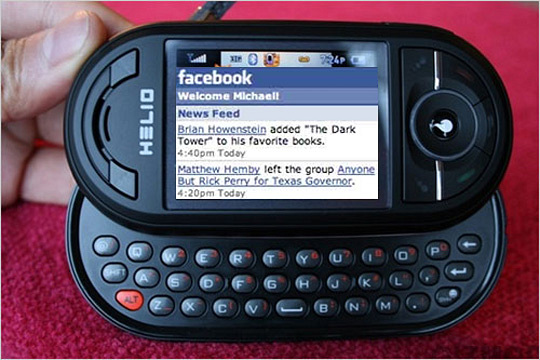 This morning, Facebook was rumored to working on a new smartphone. It was allegedly going to be a low-cost, entry level phone that, naturally, deeply integrates Facebook’s social networking features. The rumor originated from TechCrunch, and was then fueled even more by AlleyInsider, who claimed that the social network was building a new phone and definitely using Android.

However, Jaime Schopflin, a spokesperson for Facebook quickly denied the allegations, stating:

The story, which originated in Techcrunch, is not accurate. Facebook is not building a phone. Our approach has always been to make phones and apps more social. Current projects include include everything from an HTML5 version of the site to apps on major platforms to full Connect support with SDKs to deeper integrations with some manufacturers.  Our view is that almost all experiences would be better if they were social, so integrating deeply into existing platforms and operating systems is a good way to enable this. For an example, check out Connect for iPhone and the integration we have with contact syncing through our iPhone app.  Another example is the INQ1 phone with Facebook integration (the first so-called ‘Facebook Phone’). The people mentioned in the story are working on these projects. The bottom line is that whenever we work on a deep integration, people want to call it a ‘Facebook Phone’ because that’s such an attractive soundbite, but building phones is just not what we do.

Perhaps Schopflin was careful to phrase the statement in such a way that, in the event a Facebook phone does come into existence, the statement would still hold true.

“Facebook is not building a phone… building phones is not what we do.” Sure, Google said almost the same exact thing before the Nexus One was born. Google technically didn’t build the phone, HTC did, but it was branded and sold by Google and called a “Google phone” by many.

Michael Arrington, who wrote the TechCrunch article stating a Facebook phone was in the works, announced on his Twitter that he’s eager to see how this plays out after being called a liar, and further alleged that Facebook’s response is nothing more than PR spin.

Whoa. It looks like TechCrunch is saying that Facebook is secretly working on a phone of its own. Off the...