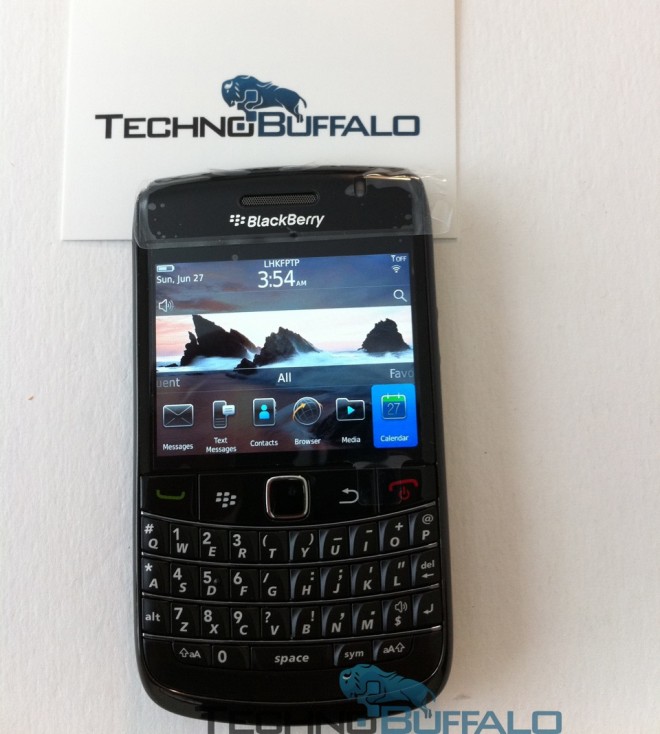 Not that we haven’t seen a bunch of the BlackBerry 9780 on video or anything, but a nice high-quality walkthrough of the upcoming device has snuck out. The specs we’ve been hearing so far have been confirmed, including a 624 MHz processor, 512 MB of RAM, 2.44″ HVGA display, 5 megapixel camera with flash, and the usual goodies from OS 6, like WebKit browser with tab support, universal search, and a variety of user interface tweaks. Wi-Fi n is apparently not supported, and the Bluetooth version is 2.1.

The video rundown is pretty basic, and just about what you would expect – everything is in the same place since the Bold 9700, including the charging contacts. The software seems to be running smoothly enough, even without the touchscreen support that the Torch provides. The brief death grip test near the end of the video isn’t especially convincing since the antenna assembly is at the bottom of the phone, not the sides, but despite Apple trying to rope RIM into that whole debacle, I’m not too worried about the 9780 having any attenuation issues.

If you’re worried that the mere existence of a Bold 9700 refresh with OS 6 means that the original won’t get a software update as originally planned, don’t worry too much – rumour has it OS 6 for the 9700 is in testing. Besides, we’ve already seen the 9700 running OS 6 just fine on video.