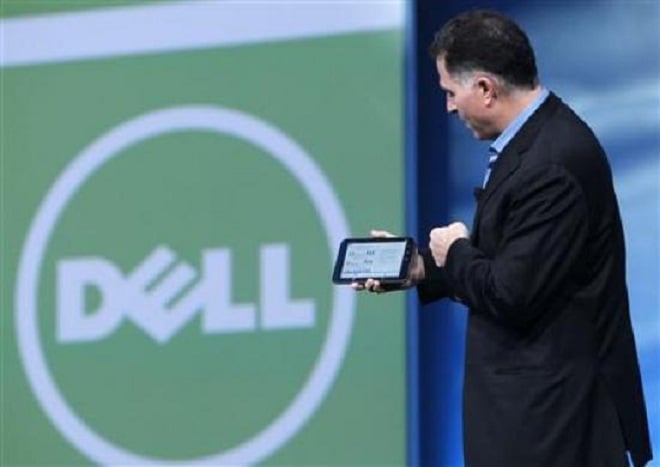 The tablet wars are only going to heat up as Dell just announced that it will be bringing out a 7-inch tablet with Android.

The announcement was made at the Oracle conference in San Francisco today but Dell didn’t give any more details on specs, release date or a price. The announcement does show that the tablet space is going to be an important battleground, particularly as the Apple iPad is gaining traction.

This will be the second Android tablet for Dell, kind of. The company recently released the Dell Streak, which sports a 5-inch screen, Android 1.6 (bleh), WiFi, GPS, Bluetooth and a camera. The Streak can make phone call though, so it’s more of a hybrid smartphone tablet, or a “smarblet.”

The next Dell Android device will be facing some stiff competition beyond the Apple iPad, which should see a refresh by early 2011. Samsung also has a 7-inch Android tablet and the Galaxy Tab will be coming to all four major U.S. carriers.

So, what can a Dell Android tablet do to stand out from the crowd? I think many people would enjoy a high-resolution screen and a proper version of Android that is optimized for this form factor. We may soon see that with Gingerbread or Honeycomb.

We would also like to see some horsepower in this Dell device, as I believe that a 1 GHz processor is the bare minimum. WiFi, GPS and Bluetooth should be givens, but 3G and some freaking USB ports could be much welcomed.

The bigger problem with this market is that I’m still not sure what the use cases are for these. I bit the bullet and purchased an Apple iPad and think it’s a super cool gadget but I still haven’t found a need for it other than my sick gadget lust.

What would you like to see from this new Dell Android device?