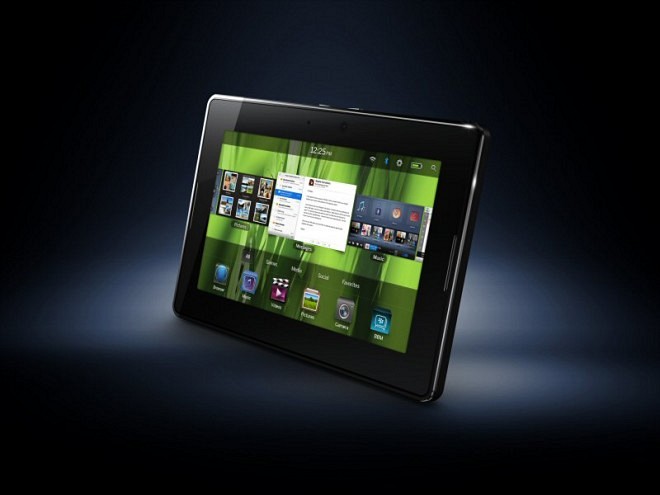 It’s what BlackBerry fanatics have been waiting for, and it’s finally here — a tablet computer from RIM. Gone is the BlackPad name, though no one was ever really sure that’s what it would be called, and instead we have the BlackBerry PlayBook. It has multitasking, Flash, music multimedia and despite its capabilities and its name, it is still “business-driven.”

The BlackBerry PlayBook is a 7-inch tablet that’s only 9.7mm thick that can pair with devices via Bluetooth, and it’s also enterprise ready and compatible with 250,000 BlackBerry Enterprise Servers – not like we didn’t expect it to be coming from RIM. It also has a 1GHz multi-core processor, 1GB of RAM and 1080p video with HDMI out for presentations. The HDMI can also play content separate from what you see on the PlayBook screen.

The BlackBerry PlayBook also features USB connectors, sorely missing on the iPad, for your peripherals and memory cards. Also missing from the iPad are front and rear cameras, which can be found on the Playbook, just like the Samsung Galaxy Tab. Best of all, both of the cameras on the BlackBerry PlayBook are HD. Impressive.

What OS can we expect on the PlayBook? It’s a BlackBerry Tablet OS made by QNX, which has been best known for dealing with symetric-architecture systems.

The BlackBerry PlayBook can be expected in retail outlets and markets in the U.S. starting early 2011 with a gradual roll out to other markets in Q2 2011.

Stay tuned for more about the new BlackBerry PlayBook as we continue our Live DEVCON coverage! In the meantime, check out the video demo below and the full press release on the next page.

BlackBerry Widgets, a web-based development platform RIM had released in October, has been renamed WebWorks, and will be an open-source...