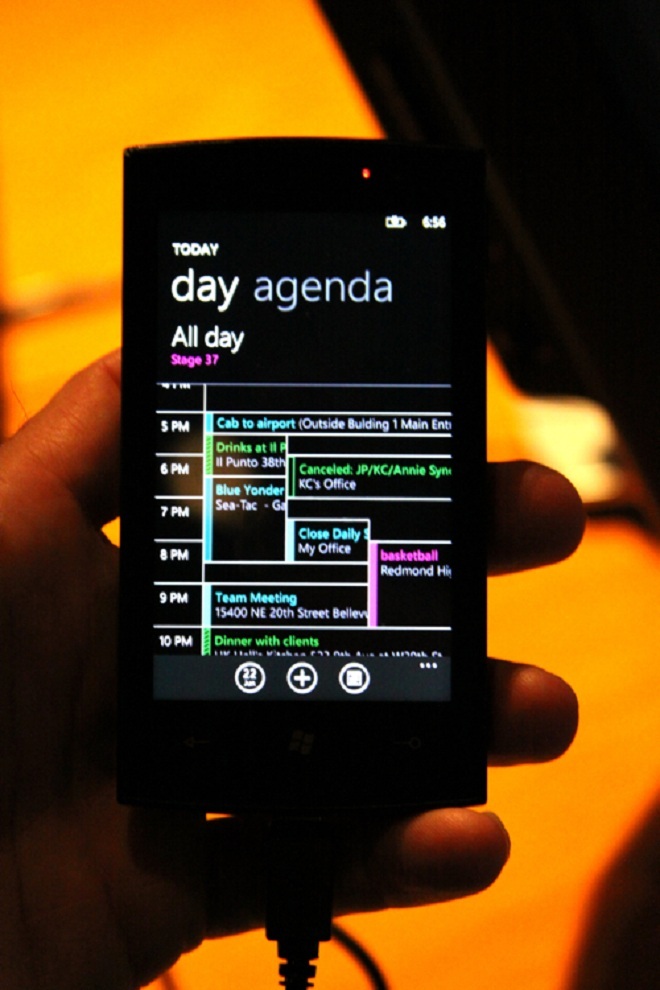 As the launch of Microsoft Windows Phone 7 grows closer and closer, the leaks just continue to spill out. DSL Report’s mobile speed test has unveiled another pair of devices from Samsung and HTC.

The Samsung device is probably the i8700 which has been spotted multiple times. It appears that the device will be called the Omnia 7.

The Omnia lineup has been powered by Windows Mobile in the past, so it’s no surprise that it will be getting the Windows Phone 7 treatment. It was only up to version 2 though, but it looks like Samsung will slap on the “7” label for branding cohesion.

Samsung isn’t the only one to take this branding approach, as it appears HTC will also be doing this with its HD lineup of phones. Look for the HD7 to be one of the first Windows Phone 7 devices out there.

Interestingly enough, that same mobile broadband report found the HTC T8788 pop up on Verizon’s network. We know that this device is heading to AT&T – as no Windows Phone 7 devices will hit CDMA networks until 2011.

This could just be an aberration though, as it’s entirely possible that the HTC T8788 was using a mobile hotspot on Verizon’s network.

LG Optimus 7, formerly known as the E900, was previewed and detailed by the Korea Economic Daily. According to the...