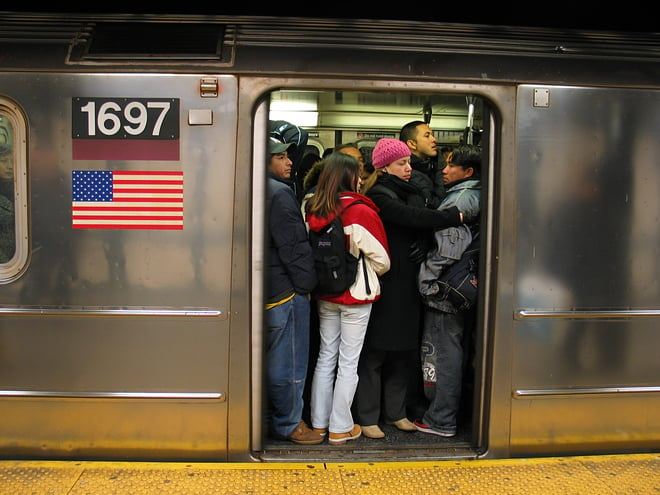 AT&T and T-Mobile are striking up a deal with Transit Wireless to get cell service in New York City subways as part of the city’s continuing effort to expand wireless connectivity. There is free Wi-Fi in places like Times Square, AT&T has been boosting its network strength, Wi-Fi is said to be coming to more subway stations and now we have carriers looking to deliver cell service deep underground.

Sure, depending on the subway stop, you can sometimes get just enough of a signal at subway stations to fire off or receive a quick text message, but that’s about it. And that’s only if you’re lucky.

Transit Wireless said in July it secured new financing to build the network for New York’s 277 underground subway stations. The deal rejuvenated a plan that had been delayed for about three years.

Guess who has signed 10-year deals with Transit Wireless for use of its networks in the subway stations? That’s right, AT&T and T-Mobile will, and both will have the option to renew their contracts up to four times in five-year increments.

Although I enjoy some of the peace and quiet in the NYC subways, if you don’t count the noise of the trains passing by and brakes screeching, I wouldn’t mind the chatterboxes down there if it means I get to waste away on Twitter and send and receive e-mails and text messages.

No word on when the service will become available, but the two carriers are expected to make an announcement on the deal very soon.

We listened to your tweets, and we now have a quick comparison video between the new T-Mobile G2 and the...