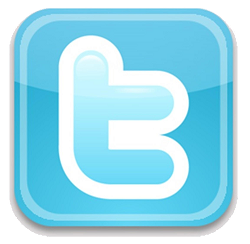 Twitter has just named Dick Costolo as its new CEO and we can’t help but wonder what this will mean for the micro-blogging’s mobile strategy.

As you may know, Twitter has strong mobile roots because it started as an SMS-focused service. That 140-character limit is strictly tied with the limits of SMS and the company has not neglected its text messaging capabilities.

The service has grown by leaps and since the early days of being just a tool for tech hipsters to talk about which parties they were going for and founder Evan Williams explained some of the reasons for the change on the company’s blog.

The challenges of growing an organization so quickly are numerous. Growing big is not success, in itself. Success to us means meeting our potential as a profitable company that can retain its culture and user focus while having a positive impact on the world. This is no small task. I frequently reflect on the type of focus that is required from everyone at Twitter to get us there.

Williams said he will go back to focusing on products, which could mean a stronger emphasis on its mobile apps. To the dismay of some developers, Twitter has purchased or developed its own official clients for the iPhone, Android and BlackBerry and I would expect this trend to continue with any platform which gains traction (check out the Windows Phone 7 app).

The main home page still gets the most traffic by far but look for Willaims to take a stronger role with developing apps. Let’s hope a better version of the mobile site is in the works so we don’t even need apps.

Skype names new CEO – Will mobile be a priority?

It looks like Skype will be swiping Cisco executive Tony Bates as its CEO and he will be heading a...