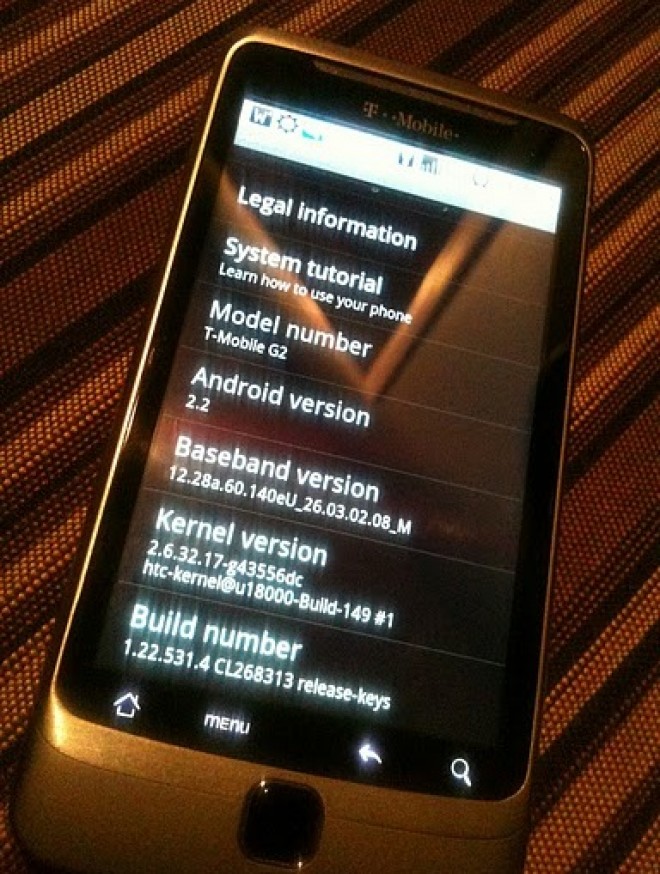 The T-Mobile G2 has only been officially available since last week and it’s already receiving an OTA software update. This isn’t just any ordinary that you’d see shortly after a device is released to help battery life and performance, the new update enables a mobile hotspot feature and WiFi calling for the G2.

We’d gotten word that the upcoming myTouch would offer at least WiFi calling, so G2 users naturally became a little concerned, possibly a little annoyed. But this update should fix all of those concerns. Not only does the OTA bring the mobile hotspot and WiFi calling features to the G2, but it also contains performance enhancements, along with a couple of other minor changes. While WiFi calling is a nice option to have, I’m much more happy about the mobile hotspot feature, especially when you’ve got HSPA+ in your city. Best of all, as far as we know, T-Mobile won’t charge you to use mobile hotspot!

These updates come in batches,  and since not many people have reported that they have received the update, it may take a while before it hits all G2 handsets in the wild. Hopefully it won’t be too long before we see a manual method to update the G2, if that’s even possible. We’re seeing enough issues on the G2 root front, so let’s hope HTC and T-Mobile can make it easy for us to manually update the software. Otherwise, we’ll have no other option than to patiently wait for the OTA.

With this new update, we have to wonder when the G2 will receive the Android 2.2.1 update that the Nexus One received not to long ago. Either way, I think G2 users will be just fine with their mobile hotspot and WiFi calling for the time being. The only update people should really be looking forward to is Gingerbread, and hopefully with the rumors of the SDK being released next week, maybe that update will find its way to the G2 sooner rather than later.

Have you received the update yet? If so, how are you liking it so far?

That beautiful Retina display on the Apple iPhone 4 may be more susceptible to cracks and breaks, as a new...