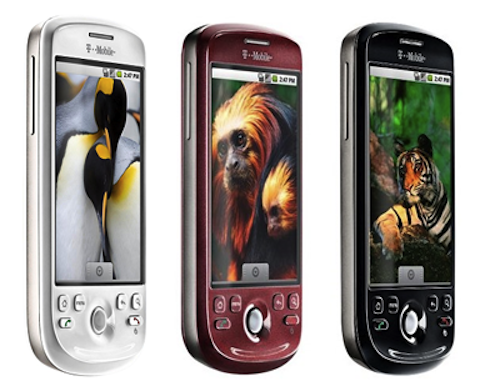 Maybe I’m not good with timing when I hear the word “soon” in conjunction with Android 2.2 Froyo updates, or maybe I’m a little impatient. So when T-Mobile said that Froyo for the MyTouch 3G would be coming “soon” in June, I was thinking maybe it’ll be here in a couple of weeks. Well, weeks came and went, then those weeks turned into months. So, here we are months later and no Froyo update for the MT3G. Well, we finally have some good news for all you MT3G owners out there. The T-Mobile MyTouch 3G is set to get The Android 2.2 Froyo update tomorrow, but I’d hardly call 4 months “soon.”

The OTA should start hitting MyTouch 3Gs starting tomorrow, and the carrier expects to have the update fully rolled out by October 25th. While many of you are probably fully aware of the benefits of having Froyo, we’re wondering if the MyTouch will receive all of them (like Flash). Likely not, but we’re pretty sure that users will definitely be excited about the new enhancements on their aging handset.

The update will only hit the first generation MyTouch 3G, with the Fender edition and MyTouch 3G 1.2 (3.5mm headphone jack version) receiving the OTA update at a later date. It will be a two-part OTA that will remind the user every 30 minutes until they download the update. There’s no way to opt out (who would want to?), so you might as well download it on first sight (who wouldn’t?). MyTouch users also must have a fully charged battery before downloading the update. That makes enough sense, you wouldn’t want your phone to get stuck in limbo if the battery dies when updating to the best and last update it will receive.

Even though it took quite a while, we’re glad to see that T-Mobile is keeping to their word and doling out the Froyo update to the oldest Android phone that’s still available in the US.

If you’re still rocking one of these bad boys, get ready to have the best experience on the phone ever.