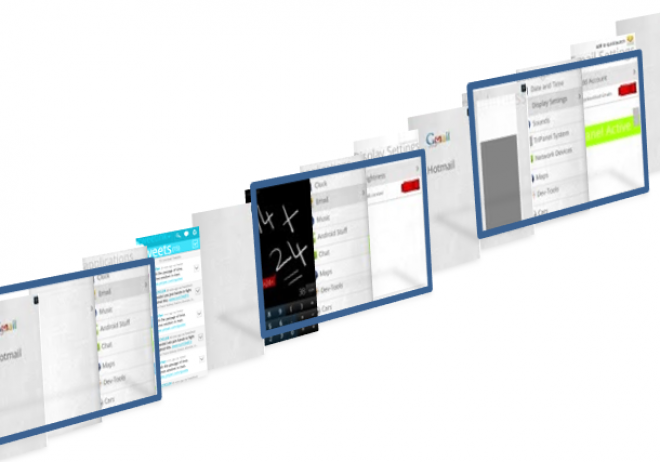 As grim as it has looked before, the Notion Ink Adam is beginning to look more real by the day and the company has revealed some details concerning how it will change the way its tablet multitasks.

The much-anticipated Android tablet has faced delays, so much that many are calling the device vaporware at this point. While anything could happen, I remain optimistic that the Adam will make it into my hands one day. One thing we can expect from the Adam is a completely new user interface that  may not resemble Android at all.

The first hint of this is its new multitasking implementation that replaces the standard Android way of holding down the home button to reveal the last six applications you’ve accessed.

Instead, the Adam will come with what the company calls Eden, a new way to multitask and it’s quite intriguing. Eden allows you to add the applications you’ve used into panels.

The panels can contain up to three applications within it, so if you need to quickly cross-reference an e-mail you’ve received to your calendar, there would be no need to switch between applications since both are right in front of you. This is called “Light Mode,” which gives you access to basic functionality of the applications and if you want to launch the full app it will go into full screen.

The best way to explain Eden comes from the Notion Ink blog itself,

Eden consists of panels or Light Application instances(side image is just an example). At any moment of time you can work on infinite applications. You will have 3 panels at your disposal and you can switch at any time, and the best part, irrespective of how many and which ever application you run in the panels, the main application is in deep sleep mode. Hence the over-all system is low on memory, extremely fast and optimized.

So now you control what to run, the whole application or panel (one thing to remember here is that in the full mode you get the full screen, so more components, features and more real estate). When you minimize, application calls a panel with the most important features and goes back to sleep (not deep sleep since you might need to call it back asap). (Example would be an email panel which allows you to read, send and refresh mail box, but to send “formatted email content” you need to call the main application).

This is vastly different from the way Android multitasks but it may be better overall with the way you interact with applications. Less switching back and forth, as well as less ROM used while some of the application’s functions are suspended. The Adam will allow you to run Android Market applications within one of the panels. This way, you won’t see any pixelation of the application, though you’ll still likely to scale it if you want to.

As more details of certain functions of the Adam are revealed, the actual user interface will be hinted at until they are good and ready to unveil it to the world. That hasn’t stopped them from teasing us a little bit, and have shown a video of how the built-in comic book store by Longbox Digital, who just recently partnered up with Notion Ink.

That’s about as close as we’re going to get with the UI of the Adam, and that’s not really saying much. The blog has been being updated more frequently than usual, so let’s hope that means that some big announcements are on their way. If so, let’s hope it’s a good announcement, and not that the Adam has been canned.

So what do you think about the way the Adam multitasks? Extremely helpful, or a little too much to handle?