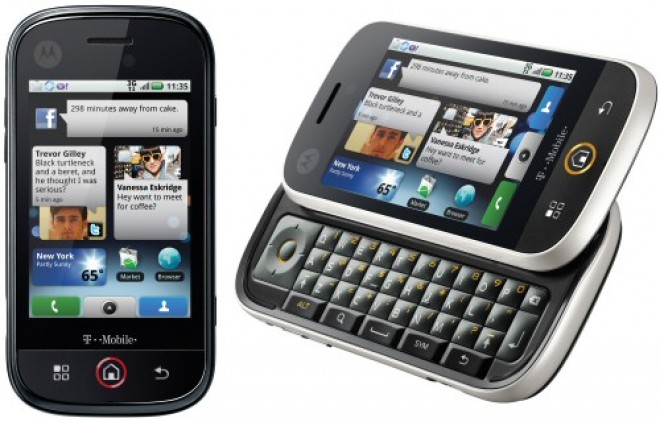 We know you’ve heard it before but the Motorola Cliq is said to be receiving the Android 2.1 update soon. While we’re not sure what day to expect the roll out to begin, we’re sure that T-Mobile and Motorola are serious about getting the handset 2.1 as soon as possible.

Back in August we saw Motorola update its 2.x update timeline, which gave the Cliq an estimated date of  “late Q3/early Q4.” We are just beginning to get into the 4th quarter and we believe that the Cliq could indeed receive this update in the next couple of weeks.

The update will include the new, “enhanced Motoblur”, more Google applications, more home screen panels, enhanced (re-sizeable) widgets, corporate e-mail access, improvements with multimedia applications, and more. While we’re not completely in love with Motoblur at all, we’re glad to see the Cliq getting some attention, as it was Motorola’s first Android device – with the Droid following shortly afterward.

There’s a little something that’s in the back of our heads about this impending update and while it likely won’t happen, we don’t want to see the update issue fiasco we saw with previous updates to the Cliq. A friend of mine went through this corrupted update and it rendered her Cliq practically unusable.

We’re sure that Motorola and T-Mobile have learned its lesson on that one, but we just don’t want to see the phone become the Motorola Briq.

If you hadn’t pulled the trigger on theunofficial update to Android 2.1 for the Motorola Cliq, your waiting may soon come to a close. We just wish we had a date to give you.

It’s anyone’s guess if the handset will ever receive the Froyo update, but if the MyTouch 3G can handle it, we’re assuming the Cliq can, so there’s a little hope. It may not be soon enough for you Cliq users, but rest assured, Android 2.1 is coming soon.

You Angry Birds fans are crazy! GetJar now has the popular game by Rovio for Android, but most folks have...