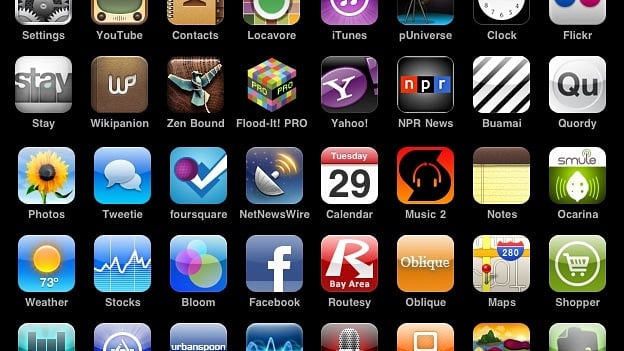 Apple has big figures to boast as its prolific iTunes App Store now has over 300,000 apps. From fart apps to Angry Birds to tools that help you study for the LSAT, it seems that iOS has access to every app you could ever want or need. If that isn’t enough, the iTunes App Store is growing at a rate of 1,000 apps per day. Impressive.

More than 1,000 new apps were added in the past day or so. At the moment, there are 300,975 apps, including 206,828 paid apps and 94,147 free apps. This is yet another significant milestone that shows how far a lead Apple has on others. How long will it be before there are a million apps on the App Store?

One million? Maybe not too much longer. If it continues at this rate, without any additional growth or drop-off in submitted and approved apps, the iTunes App Store could have a million apps in just under two years.

Perhaps much of the tremendous growth can be attributed to the fact that Apple became much more transparent in its approval process. Applications like GV Connect never would have made it into the app store a year ago.

Additionally, developers flock to the platform because it’s dev-friendly, and it’s also where they’re more likely to get paid. Apple sure knows how to work those code monkeys up during its presentations when it features developers who have made a killing on their apps.

By comparison, AndroLib.com reports there are 113,123 apps in the Android Market, though Google said last week there were 90,00 Android apps.

Numbers aren’t everything, but we can play this like a numbers game. Folks like to say that having hundreds of thousands of apps doesn’t really mean anything, but even to the uninitiated the difference in quality between iPhone apps and their Android counterparts is noticeable.

And let’s say that only a third of apps in any given market are actually really any good – that’s a fair and conservative number. That puts the iTunes App Store’s best apps at a number on par with the entire Android Market. So congrats to Apple for its insane proliferation in the global app market.

Chillingo has a new hot title in the AppStore called Cut the Rope. The mobile games publisher is pretty much...