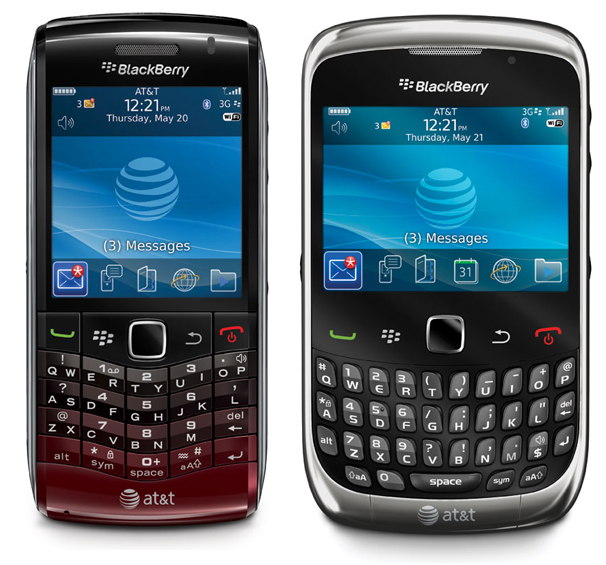 As expected, the BlackBerry Pearl 3G 9100 and Curve 3G 9300 have landed on AT&T. T-Mobile, Verizon, and Sprint have all had the Curve 9300 out for a little while now, but AT&T is the first in the U.S. to introduce the Pearl 9100. Together, the two flank upper and lower tiers; the Curve 9300 has a QVGA display and a 2 megapixel fixed-focus camera, while the Pearl has HVGA resolution and a 3 megapixel camera with flash and autofocus. Both will be upgradeable to OS 6 in any case, which, when the update is rolled out, will offer a WebKit browser, universal search, and a bunch of UI upgrades to both devices.

The new Pearl is a really great phone, and amounts to a sexier, more compact version of the Bold 9700. The Curve 9300 is going to seem really stale by contrast, but as an entry-level smartphone it should do fine to relieve the aging 8520 of the duty it’s been on since last November. AT&T has an exclusive on the Torch that doesn’t seem to be doing much for them, so with any luck, these two modest updates on older form factors will provide a bit more traction.

Telus is Getting the BlackBerry Style 9670 Too

I just got word from Telus following Sprint's announcement that they will, indeed carry the BlackBerry Style 9670, but had...