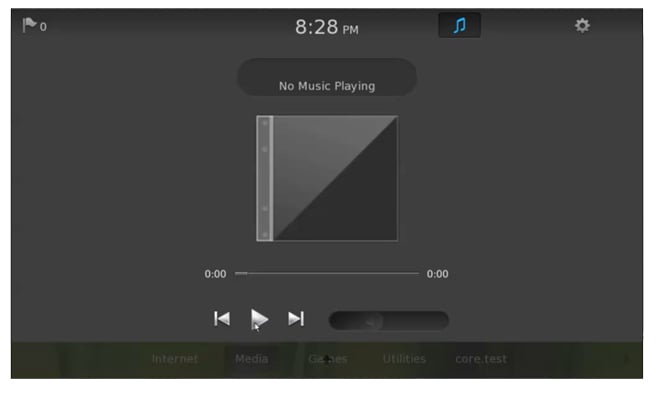 Ever since seeing the demo video of the BlackBerry PlayBook, we’ve been curious to see how the OS actually handles without all the marketing whizz-pow, or bulletproof casing. Thankfully, as part of the Adobe AIR SDK that was launched this morning, there was a device simulator included so developers could see how (or if) their apps could run on RIM’s first tablet. Of course, this is only a taste of what the full PlayBook experience will be once it’s launched early next year, but we get the general idea just fine with what was included in the SDK.

For those who haven’t met the BlackBerry PlayBook yet, it’s RIM’s first tablet. Its display clocks in at 7″ and 1024 x 600 resolution, and includes a 5 megapixal camera on the back, 3 megapixel on the front for video conferencing, and has an impressive 1 GB of RAM paired up with a dual-core 1 GHz processor. Models with 16, 32, and 64 GB of internal storage will be available. The PlayBook promises to be something of a powerhouse multimedia companion to a BlackBerry smartphone by providing HDMI-out to a TV if big-screen video is needed, and providing a larger screen with which to browse the web, read e-mails, and flip through pictures.

This video shows how the media player will be handled, the on-screen keyboard, and the notification area. It looks like the home screen gets pushed down when an app is  summoned, but it can always be pulled back up by a bar at the bottom. Neat stuff, and I think we’re all looking forward to seeing more. At least it’s not quite as bare-bones as we thought it was, eh?