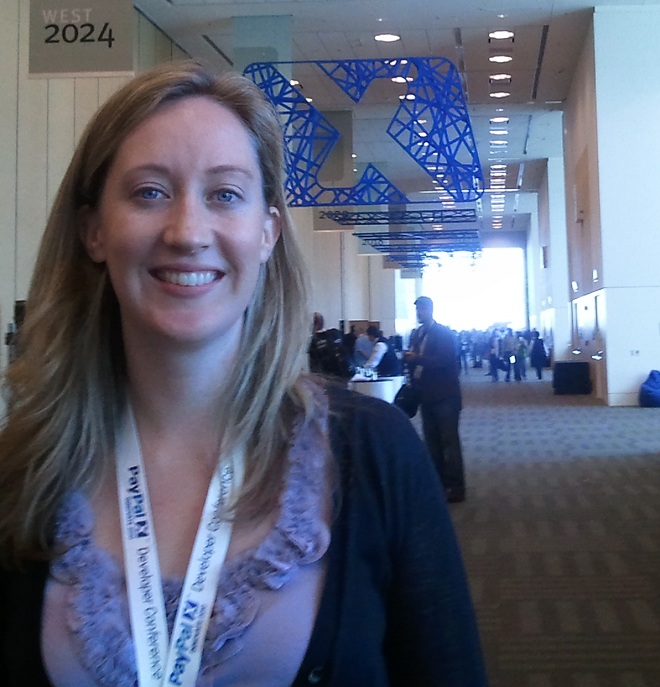 Stop me if you’ve heard this one before, but your mobile phone could soon become your wallet. This has been bandied about for nearly a decade but PayPal is taking some steps to actually make this happen within months, instead of years.

I spoke with Laura Chambers, senior director at PayPal Mobile, at the X Innovate conference and she said the company is ultimately focused on making mobile payments as simple as swiping a debit card. As we learned earlier today, you can use the PayPal app with a Verifone merchant to do mobile payments with Bump technology but it doesn’t matter if it doesn’t give the user more than they could get from swiping a debit card.

“The foundation is there,” Chambers said about widespread mobile payments. “But it’s up to our partners and app makers to provide some sort of added value.”

What this means is that she expects PayPal mobile users to have things like digital coupons, social networking services and rewards programs built into their mobile payment experience. The company has steadily introduced additions to make this happen.

The PayPal Mobile 3.0 app now has location-based features which will enable users to gain information about local merchants, as well as pay for products. Look for “hundreds” of improvements to come down the line, Chambers said.

The company has also expanded its developer tools to enable app makers to use its service to pay for things within an app. While companies like Apple have competing in-app options which could be seen as competitors, Chambers said the company’s real competition in mobile are checks and cash.

The company is also not too concerned about the looming mobile payment initiative coming from AT&T, T-Mobile and Verizon because PayPal is eager to work with as many partners as it can and believes consumers will want as many options as possible.

I’m still not ready to ditch my wallet completely but that day may not be too far off.

The great picture-sharing application for Android, Pixelpipe, has had a small upgrade to version 2.2.2 which includes the ability to...