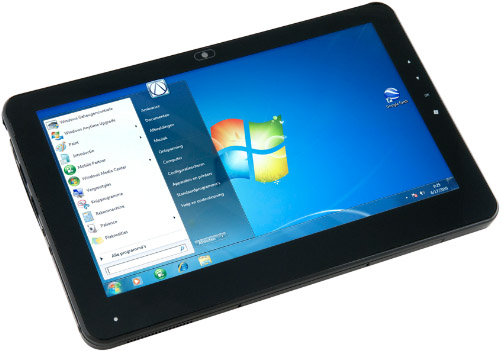 Ambiance Technology’s managing director Eric Schouten said that Microsoft even called them to congratulate with the first professional answer to “all the Android commotion.” I’m not sure I fully agree with that “commotion statement,” but what do I know.

Specs wise, the AT Tablet is a multi-touchscreen enabled device with a SIM card slot (3G), a 160 GB hard drive, USB ports, card readers, LAN, Bluetooth and a mini VGA connector to a LCD monitor. Moreover, there’s a built-in 1.3-megapixel camera and microphone for Skype or MSN video calls.

As for the availability, the AT-Tablet should hit the market at some point in November. No pricing details were mentioned, though…

We know few companies are working on the 3D mobile display technology and we've also seen the Samsung W960 sporting...