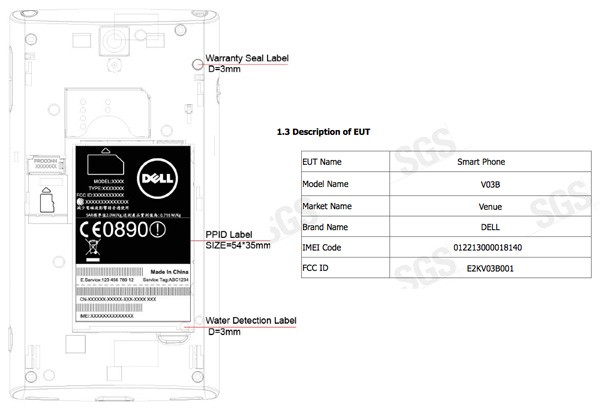 The Dell Venue (previously known as the Thunder) has passed through the FCC and Bluetooth Special Interest Group on its way to AT&T (considering the docs list testing for their 1900 and 850 MHz HSPA bands). The model number V03B for anybody curious.

From what we know, the Dell Venue has a 4.1″ AMOLED touchscreen, 1 GHz processor, 8 megapixel camera, and a Hulu app. We had some playtime with its keyboarded cousin, the Venue Pro, but that runs Windows Phone, and we’re expecting the regular ol’ keyboardless Venue to run Android.

Interesting in seeing more? Yeah, so are we, especially what version of Android Dell manages to get on there. Better not be 1.6 – they’ve already made that mistake one time too many. A holiday launch seems more likely than not, so keep an ear out for an announcement soon.

LG Electronics had an awful third quarter as its net profits plunged 99.2% from last year thanks to poor demand...