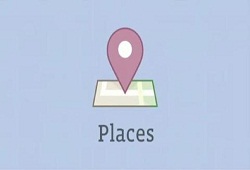 A rumor suggests that Facebook Places will soon enable you to score some sweet deals from local retailers.

According to AllFacebook, the world’s largest social network will offer rewards when you check in and it will be urging users to drive their friends to local establishments.

The deal involves rewarding a Facebook user with a free product when 3 of a user’s friends are tagged at a specific place. The creators of deals can determine the threshold required to earn a deal. One of the major criticisms of many of the existing check-in services (Foursquare, Gowalla, and even Facebook) is the lack of incentives for checking in to various locations.

Foursquare has some deals in place – it offered 25% off one time for Gap shoppers – but Facebook Places deals could eat its lunch if its rolled out at a massive scale. There are reports that the social network’s check-in service has about 30 million users, which would dwarf Foursquare’s four million user base.

Of course, it would also depend on how the service is implemented and the report brings up some concern. It would supposedly have the merchant manage and honor all the deals themselves, with Facebook taking a minor role (if any at all).

The problem with this is that some of the local retailers wouldn’t be able to handle some promotions if it were wildly successful in mobile Facebook-heavy cities like San Francisco. If that’s the case, then the retailer, end user and the world’s largest social network lose.

If you look at a company like Groupon, it is able to offer solid deals thanks to the massive amount of customers it drives. But I’ve had experiences where the retailer wasn’t prepared for the onslaught and couldn’t satisfy the deal in a timely period. Groupon does do some form of vetting too, so I wonder if the Facebook Places deals system will actually lead to those hot deals.

iPad Rumored to Have Two Cameras, 5MP Rear and FaceTime Camera Up Front

The next iteration of the Apple iPad is going to coming pretty soon and rumors are abound. FaceTime is almost...