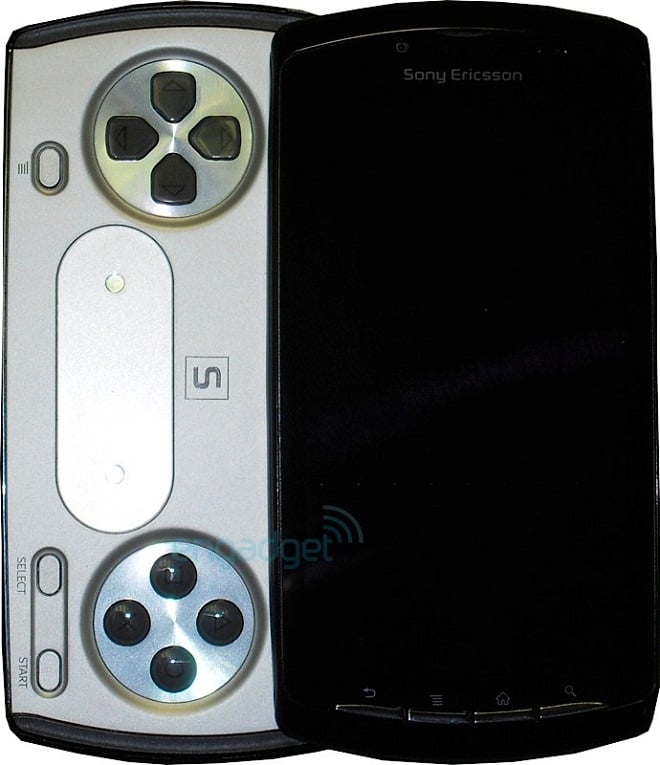 Well, it looks like the PlayStation Phone is really real and Engadget has snagged a few more pictures and details of the Android handset that should be coming from Sony soon.

As you may know, traditional game makers like Sony and Nintendo are starting to feel the heat from the surge in mobile gaming that’s being driven by the App Store and the ever-swelling Android Market. Nintendo looks to be using 3D to counter this while Sony finally appears to be ready to actually have a PlayStation Phone that will be based on Android.

The report says the PlayStation Phone will have an 8 GB microSD card, 512 MB of RAM and it should be about 17 millimeters. Previous rumors suggest it will sport a 1 GHz processor, Android 3.0 and a slide-out game pad.

It’s still unclear how the game situation will play out. We’re fairly certain the PlayStation Phone will come with a Sony-specific way to distribute games but it should also have access to the Market. It’s unclear if the Sony-specific games will be coming to other Android devices or what, if any, headaches this will cause for developers.

Sony Ericsson has been taking a beating in the high-end market lately but maybe the PlayStation Phone could help it get back on track. I’m sure the device will also have some form of customized UI and let’s hope that the company can do better than what it put on the Xperia line of Android phones.

Is this going to be enough to help the company regain mobile gaming dominance? I’m not sure, as the hardware looks solid but definitely doesn’t look bleeding edge. For Sony, this smartphone may just be one part of its mobile gaming strategy, as rumors persist that it’s working on a PlayStation Portable sequel that will have HD graphics and a touchpad.

Two of the hottest phones coming to market are undoubtedly the MyTouch 4G and Desire HD. Both made by HTC,...