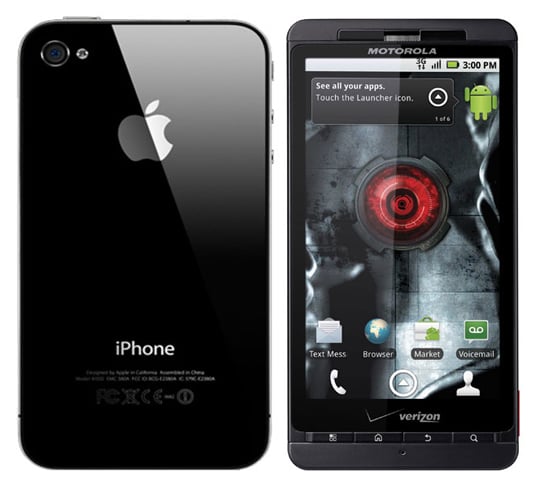 Apple responded to Motorola’s recent patent lawsuit by filing its own countersuit accusing Motorola of violating six multi-touch and graphical-UI patents related to the iPhone. The two lawsuits were filed by Apple on Friday in the U.S. District Court of Western Wisconsin. The suit targets Motorola’s popular Android handsets including the Verizon Droid 2 and Droid X, the Backflip, Charm, Cliq, Cliq XT, Devour and the i1. Apple is asking for an unspecified amount of damages and a permanent injunction which would prevent Motorola from selling these devices.

Earlier this month, Motorola filed a lawsuit and an ITC complaint against Apple. Motorola’s lawsuit alleges that the Apple iPhone, iPod touch and some Mac hardware infringes upon 3G, GPRS, and other similar patents held by Motorola. Motorola also asked the court to invalidate eleven iPhone-related patents held by Apple. These eleven patents are cited by Apple in its patent infringement lawsuit against HTC.

U.S. Patent No. 6,493,002 – “Method and apparatus for displaying and accessing control and status information in a computer system”

Apple, Motorola, and HTC have taken the battle between Android and the iPhone out the hands of the consumer and into the legal system where each company is wielding its portfolio of patents in defense of their respective platform. No need to worry about the DROID X or the iPhone suddenly disappearing from the shelves, though. Typically, these suits lead to royalty agreements or lump sum settlements instead of an injunction.

Nonetheless, it wil be interesting to see how these cases all play out and whether additional companies like Samsung or LG join the fray. For a rousing read, additional details on each patent in this latest lawsuit is available on the next page.