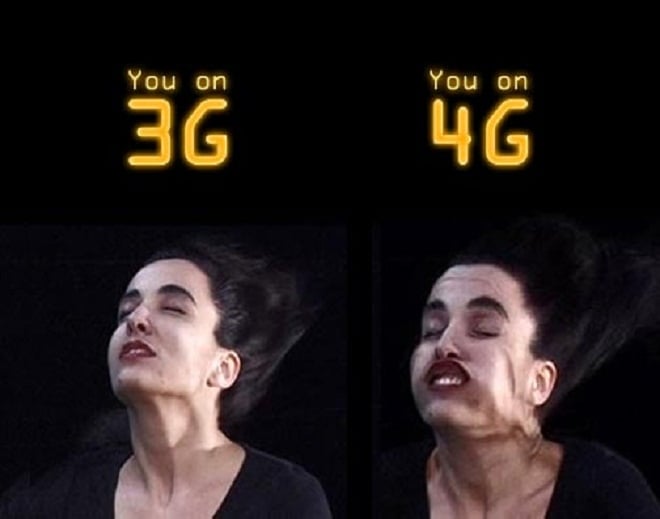 It looks like the claims of T-Mobile that it has the largest 4G network aren’t going over well with the competitors, as Sprint is now talking all sorts of trash.

Sprint is also offering 4G services with its WiMax infrastructure and the carrier has two excellent Android smartphones which can take advantage of this: the EVO and the Epic.

Sprint isn’t the only carrier that is testy about T-Mobile labeling its HSPA+ network “4G,” as AT&T also talked some trash today. The nation’s second-largest carrier said T-Mobile may be confusing customers about what 4G really is. It also doesn’t help that T-Mobile just released an ad which mocks AT&T’s 3G network.

Does any of this matter or is it just posturing? IntoMobile’s Marc Flores argues that T-Mobile is highly misleading, as “4G” involves way more than just download speeds. T-Mobile is arguing that the term “4G” to consumers means faster download speeds and lower latencies, as consumers don’t actually care what some standards bodies say.

As for the standards bodies, the ITU-R recently said that 4G should only apply to WiMax 2 and Long-Term Evolution Advanced, so Sprint and Verizon would technically be mislabeling its next-generation mobile data networks. Somehow, I don’t think these carriers will be quick to point this out.

Is it a bad thing that “4G” has become somewhat of a marketing term? I’m not quite sure. I understand that it will eventually deliver 50 to 100 Mbps with advanced deployments and that the stuff we’re getting now isn’t really “4G” but it is much better than 3G. Getting up to 8 Mbps with HSPA+ is a significant step above what we’re used to and I’m fine with them calling it whatever they want.

Tell me why I’m wrong in the comments, friends.

[Via Fierce Wireless, and Tmonews]