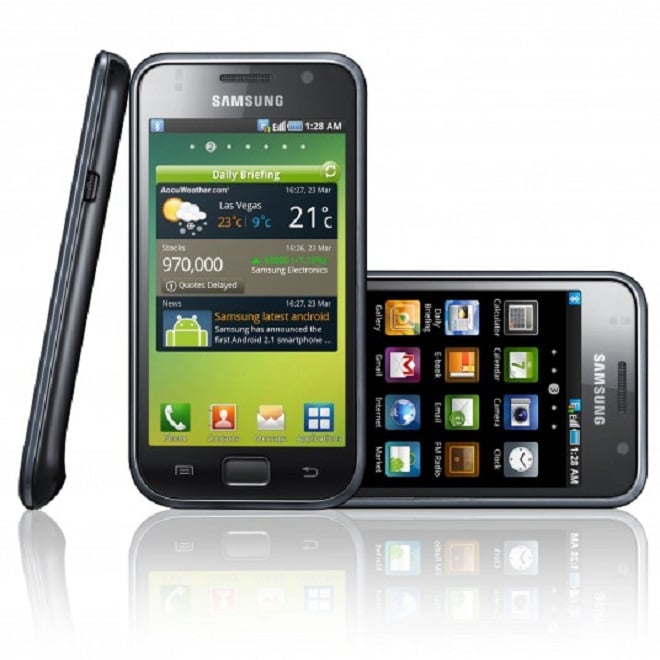 Samsung had a monster quarter with more than 71 million phone shipped and it looks like it is gaining traction in the U.S. market because it has sold more than 3 million Galaxy S smartphones in the United States alone.

Unlike Apple and its exclusive iPhone 4, Samsung took a shotgun approach and brought its Galaxy S smartphones to six major U.S. carriers. AT&T received the Captivate, Sprint got the Epic 4G, T-Mobile received the Vibrant, Verizon got the Fascinate, U.S. Cellular got the Mesmerize and Cellular South got the plain Galaxy S.

While there were some minor differences between the variants, all the Galaxy S smartphones had Android 2.1 with Touchwiz 3.0, a 1 GHz Hummingbird processor, and a 5-megapixel camera that can record video in 720p HD quality. The Epic 4G stands out a bit from the crowd because it has a full QWERTY keyboard, front-facing camera and access to Sprint’s next-generation mobile data network.

The company is also continuing its shotgun approach with its upcoming Android-powered Galaxy Tab. The 7-inch tablet will come to AT&T, Sprint, T-Mobile and Verizon for various price tags and it will also be available at Best Buy in a WiFi-only variant.

The relationship with the carriers is a big factor in moving units in the United States, as I know Verizon was pushing the heck out of the Fascinate – it was offered as buy-one-get-one-free and in various other promotions.

The next Galaxy S smartphone to land in the United States will be the Continuum for Verizon. This Android-powered handset will be similar to the other devices but it sports a 1.8-inch additional screen under the main display and this will be used as a ticker to get ambient information at a glance.

Can Samsung keep up the hot streak next year? We’ll have to see what the next generation of Galaxy devices have in store.