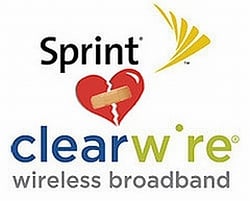 We recently reported that Sprint made it clear that it might help Clearwire out with funding – along with Clearwire’s other partners – if it came down to it. Now it looks like there may be a little scuffle between the two when it comes to WiMax fees. Apparently, Clearwire thinks it should be getting paid for Sprint’s 4G devices even when they aren’t accessing the WiMax network.

Sprint and Clearwire have entered an arbitration process over the way that Sprint should be paying for 4G access on its EVO and Epic handsets.  According to Clearwire, around 810,000 EVOs and Epics are being used outside of WiMAX coverage and, although those devices aren’t using any of the WiMAX network, Clearwire believes that Sprint still owes a monthly access fee for them.

Talk about ironic! Here we have Clearwire demanding payment for devices that are capable of accessing its WiMax network even if it’s outside of coverage, and Sprint doesn’t think it’s fair that it should have to. Sound familiar? That’s because Sprint demanded something similar from its users in that the data plans for the EVO and Epic will cost $10 more per month even if you don’t have WiMax coverage in your area. Brilliant!

Obviously, Clearwire needs to tread carefully here since Sprint is in a position to aid it with funding in the future. Sprint also happens to own 54% of Clearwire, so perhaps it may not be the best analogy here but Clearwire doesn’t really want to go biting the hand that feeds – and may continue to feed in the future – it. Obviously Clearwire is in a tight position, and perhaps it may even have some ground on its claims depending on the details of the agreement with Sprint, but perhaps it should reassess the situation before moving forward with its demands.

[Via: PhoneDog and FierceWireless, photo]

Deal Alert: Blackberry For a Buck This Weekend at Best Buy

It looks like that time of year is upon us. The time when big name retailers offer insane prices for...