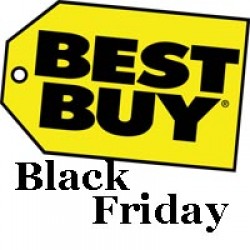 Best Buy Mobile usually always has great deals for phones, and Black Friday ensures the same great deals.  The day after Thanksgiving, Best Buy will be selling a couple of Android handsets for only a dollar on a new two-year contract, as well as discounting the Samsung Galaxy Tab.

Funny enough, as good as this deal may be, it still doesn’t beat the deal we posted the last Friday of October where Best Buy was offering up the Droid Incredible and Droid 2 for free on a new two-year contract. The Black Friday deal isn’t limited to Verizon this time, but free is better than a dollar if you ask me. Still, Black Friday is offering up multiple handsets from Verizon and Sprint.

The Black Friday deal will offer the following:

While the Droid 2 may not be making this list, there is still a decent selection to choose from. If I was in the market for a new phone, I’d definitely pick up the Incredible over all of the other options, as I tend to lean toward HTC-made phones, and Samsung’s devices feel rushed to market, which is much more obvious when you have the phone for a while. Samsung doesn’t make bad phones, but the current selection of Galaxy S devices likely won’t have all the bugs out until they get the Froyo update, and there still may be some kinks hanging even after the update.

If you’re in the market for a Samsung Galaxy Tab, you’ll be happy to see that both the Verizon and Sprint 3G-enabled versions have been given a $50 discount. Those looking for an iPad alternative really only have the Galaxy Tab to choose from, so if you’re not sold on either device, just wait until the beginning of next year, as there’s sure to be some gems released in that time.  You can even grab the Sony Google TV Blu-Ray Player for $100 off if you so choose.

So Best Buy has the hook up this holiday season, and no one is surprised. Will you be picking up one of these device come Black Friday?

One of the newest kids on the block, the HTC Desire HD, is an Android-powered force to be reckoned with....