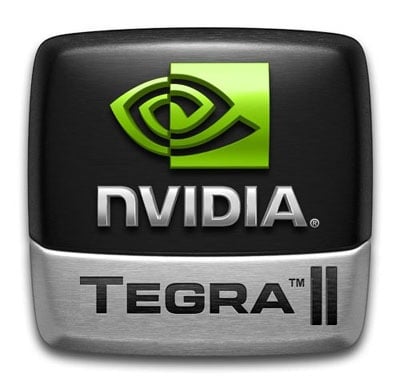 There should be no doubt in your mind that NVIDIA’s next-generation Tegra 2 dual-core mobile chipsets will offer incredible performance boosts over today’s fastest single-core applications. But, just in case you aren’t totally convinced that you’ll need (or want) one of the Tegra2 offerings in your next smartphone or Android tablet, here’s a little video demo highlighting the raw number-crunching capabilities of a dual-core ARM Cortex A9 (the processor used in the Tegra 2 chipset) as it crunches through pre-cached web pages. The result? The NVIDIA Tegra 2 puts its A9 dual-core processor to good use by giving it a solid boost in processing performance.

In fact, the video demo you see below is enough to make us start drooling for our own dual-core tablets and smartphones. The demo loads a bunch of pre-cached websites (while playing music in the background) to demonstrate the pure processing power of the Tegra 2 chipset, ruling out any network lag/speed variables. Keep in mind that you will never browse the web at the speeds you see here (unless you cache the entire web, which is impossible unless you’re name is Google). The Tegra 2 finishes loading all the pages in about 41 seconds, while the single-core processor loads them in 56 seconds. That’s nothing to laugh at.

Enjoy the video below, and wipe the drool from your chin when you’re done watching.

Motorola to jump on the Tegra 2 bandwagon with Honeycomb tablet?

Dual-core processors are one of the next wave of hardware improvements to hit the mobile platform. While several manufacturers have...