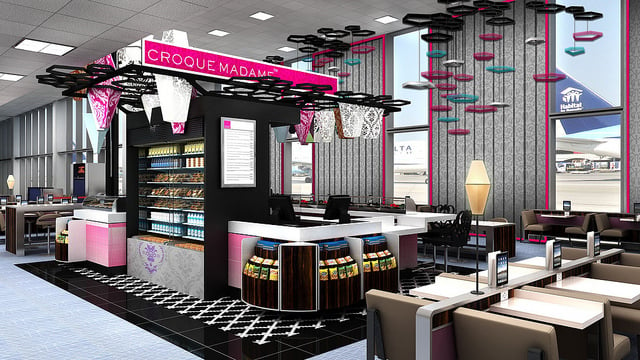 Apple and their iPad tablet are seemingly taking over the world, and Delta Air’s JFK gates are the latest to jump on the tablet-as-[convenience tool/productivity tool/gimmick] bandwagon. OTG, the restaurant management company responsible for serving up some of the overpriced fare at JFK International Airport (LGA will follow shortly) has announced that, starting November 19th, they will be bringing the iPad to Delta Air customers as a pre-flight convenience. The idea is to retrofit Delta Air gates with a modern, fresh facade, and outfit them with 200 iPads that’ll have you checking in on your flight, reading articles, playing games, and of course, ordering food. Food that comes to you, in your seat.

The images you see here are renderings of what Delta Air gates will look like in JFK Terminal 2 and Terminal 3 will look like after they’ve been given their respective makeovers. According to OTG, Gates 21 and 22 at Terminal 2 will be home to Chef Andrew Carmellini’s, of Locanda Verde fame, new Croque Madame mini-restaurant. Gate 15 in Terminal 3 will be home to Chef Jason Denton’s, of ‘Inoteca, Osteria Romana, and Bar Milano fame, new Bar Brace restaurant. Both makeovers will bring new seating arrangements to customers, including power outlets at every seat (finally!) and iPads strewn throughout. La Guardia (LGA) Airport will soon roll out similar gate makeovers as well.

You can use the iPad installed next to your seat to order food. The menus are all iPad-based, so you don’t have to worry about squinting to read the menu board or worry about touching a laminated menu full of greasy fingerprints. That said, we have no idea what kind of germy fingerprints will be living on those iPads. 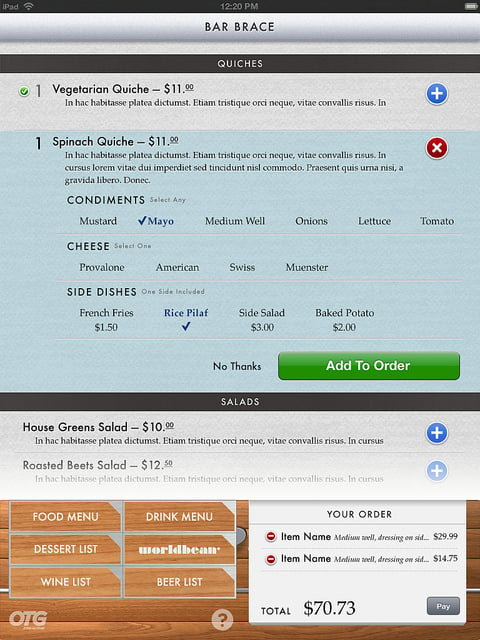 The entire endeavor basically turns the new Delta Air gates into a hip, iPad-friendly lounge of sorts. You can kick back by yourself or sit and chat with a group of friends while you charge your phone and start playing with an iPad. If you get hungry, you can order some decent food for ridiculous prices and have the food delivered to you on hand and foot.

Our only question is, why did it take so long for airport amenities to catch up to real life?

Will Apple build a carbon fiber iPad for weight savings?

It almost sounds like something a street racer would do, but there may be a very slim chance that Apple...