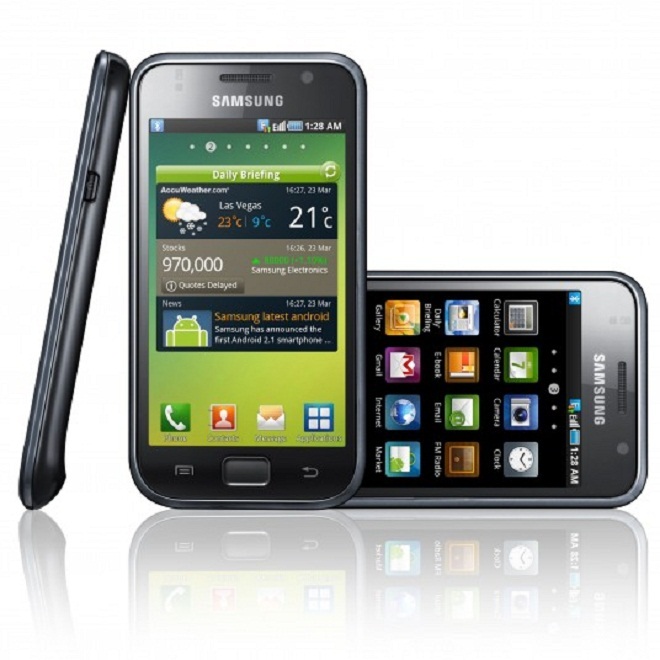 It looks like there’s a new kind of the Android heap, as a Gartner report says Samsung is now the largest Android handset maker thanks to the success of the Galaxy S lineup.

Gartner said Samsung was able to capture 32.1% of the U.S. Android market, a marked increase from 9.2% of the market in the fourth quarter of 2009. While this is just for one quarter, it’s a good sign for Samsung in the smartphone market and it’s validation for its shotgun approach to availability.

As you know, the Galaxy S lineup of Android devices came to nearly every major carrier in the United States. AT&T received the Captivate, T-Mobile had the Vibrant, Verizon offered the Fascinate, Sprint had the Epic 4G, U.S. Cellular offered the Mesmerize and Cellular South will have the Galaxy S.

While each of these phones different with some features and styling, each Android smartphone had a 4-inch Super AMOLED display, a 1 GHz Hummingbird processor and a 5-megapixel camera capable of 720p HD video recording. This non-exclusive approach has helped Samsung ship more than three million smartphones in the U.S. and more than seven million Galaxy S units worldwide.

You know this news has to stick in the craw of Motorola and HTC, which are strong Android supporters. Motorola’s Droid lineup is very successful but being tied to Verizon could be tricky, particularly with a new “competitive dynamic” in early 2011 (i.e. a Verizon iPhone). The Motorola Olympus should be a monster Android handset that will be coming to AT&T in the first few months next year and that could help the company stop being so reliant on Verizon.

HTC will continue to bring the heat with the little, green robot and it appears like it will remain the flagship for Sprint and T-Mobile for the near term. I’m sure it will also have a few tricks up its sleeves next year.

The Android Market is being quietly updated across select 2.2 Froyo handsets to include a new "Similar" or "Related" tab...