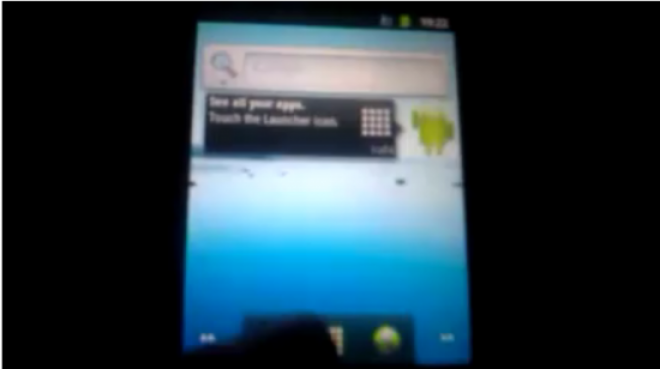 Don’t get too excited just yet, but there seems to be a handful of Android 2.3 Gingerbread ROMs already available for a select group of HTC Android phones.

Like I said, don’t get too excited, as these ROMs are not going to be stable enough for day-to-day use. Rather, you should consider these Gingerbread ROMs a way to get a glimpse of what Android 2.3 has in store for you. The lucky few HTC phones who have these  ROMs available to them are the EVO 4G, Wildfire, Eris, and Hero. These ROMs were made using the Android 2.3 SDK that was just released yesterday, but for the best experience, one needs to wait for the Gingerbread source code to be released until we see an honest to goodness, ready-to-flash 2.3 ROM.

Usable or not, the simple fact that there are already Gingerbread ROMs floating around is just plain fun. If you have one of the supported devices, and don’t want to limit yourself to an Android emulator, you might want to try installing a ROM on your handset. Just make sure you have a backup handy – Gingerbread can become somewhat laggy, and you’ll likely want to revert to your original Android version for daily use.

I’m inclined to tell you to wait it out for custom ROMs to be built with the real Gingerbread source code once it’s released. I don’t know if it’s the lack of stability in these ROMs, or the fact that Android 2.3 Gingerbread isn’t really as impressive as we were led to believe, but I’ll be holding off for the time being. We know Cyanogen will be hard at work once the source code is released, and I think it’ll be worth waiting.

If you just want to see the new OS update running on a phone, or you don’t want to deal with the emulator, hit up the link to your device above to find out more!

Check out the video below showing the Wildfire running Gingerbread!

The OnLive on-demand gaming service has just released an app for the Apple iPad and the Samsung Galaxy Tab which...