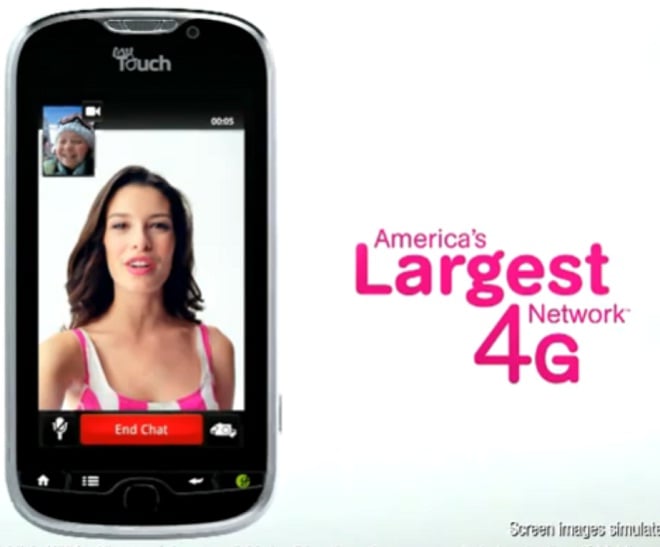 It looks like we’ll be in a for a bunch of 4G tablets in 2011, as T-Mobile quickly chimed in to say that it, too, will have tablets next year which will be able to utilize its HSPA+ network for high-speed mobile data.

In a message sent to us, a T-Mobile spokesperson said:

“T-Mobile is working closely with the majority of our OEM partners to deliver 4G products by integrating HSPA+ into roadmaps in 2011 as the dominant global standard. Consumers will continue to see HSPA+ fuel future innovation in a variety of mobile consumer electronics from smartphones and tablets to emerging devices. T-Mobile will continue to be at the forefront of wireless innovation, delivering an aggressive 4G product lineup in 2011, including 4G tablets.”

This is great news for tablet fans, as HSPA+ can provide up to 21 Mbps download speeds. While this is just the theoretical limit, I’ve found that users can expect to get at least 5 Mbps and up to 11 Mbps if you’re in a strong coverage area.

Sprint just said that it would have tablets that can utilize its WiMax next-generation mobile data network too. There’s no word on what these devices will be but we were a bit disappointed that the Samsung Galaxy Tab didn’t have WiMax.

Verizon has also just unwrapped its 4G LTE network in 38 major cities and 60 airports and the company promises to have half a dozen smartphones and tablets by the middle of next year. We don’t have any confirmation yet but it would be quite a coup for Verizon to unveil its Motorola Android tablet with LTE capabilities – who wouldn’t want a DroidPad with faster mobile data speeds than the Apple iPad?

It sounds exciting so far but I’m still going to wait to see how the carriers work out tablet data billing. Some of the current options are okay but the activation fees are ridiculous.

RIM co-CEO Mike Lazaridis did a follow-up interview to his talk at the IntoMobile Dive Into Mobile conference the other...