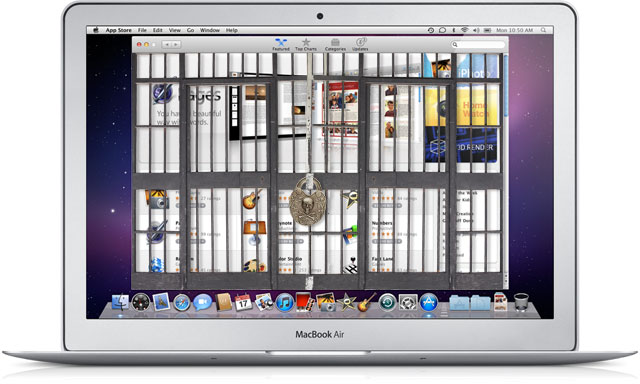 If your iPhone is jailbroken, you may’ve heard of Jay “saurik” Freeman. If not – you should know he’s the main brain behind the popular Cydia app store where folks who want more from their iDevices go for the latest apps and iOS modifications that don’t sing along Apple’s iOS development policies.

Well, Jay said that Mac users will get their Cydia store “within weeks,” too. Speaking at the 360|MacDev, he bashed Apple for all the iOS restrictions imposed by the company, going further to foresee that many of the restrictions will move to the Mac App Store.

We can only hope he’s wrong, but something tells me he’s right on target… In the meantime, developers interested in getting their products into Mac Cydia were told to email patrick at saurikit.com for further details.

Bill Shope from Goldman Sachs recently published a research note that was parsed through by All Things Digital and it...