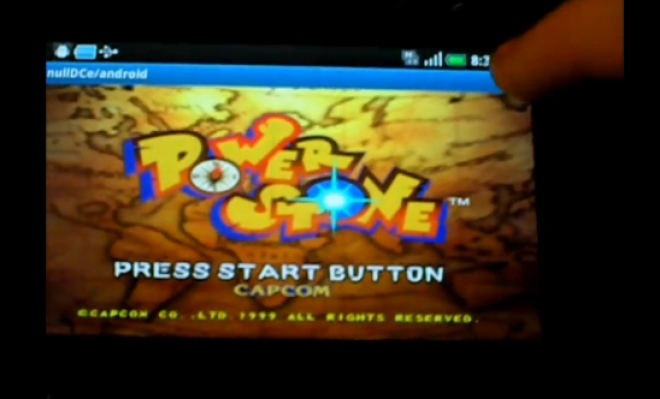 As if Android was in any sort of shortage of game emulators, there’s yet another game console emulator on the way. It’s called nullDC, a Dreamcast emulator, and it may be hitting the Market sometime in the near future.

AndroidCentral showed the emulator booting the Dreamcast bios on an Android device yesterday, but I figured it would take quite a while to see any more progress from the project. (Hell, I’m still waiting for a PSP emulator on my PS3, and that’s not going anywhere it seems) Well, it seems I was wrong, as the guy behind the Dreamcast project has shared some videos of games running via the emulator. Someone has been hard at work and it’s paying off.

This is still very much a work in progress, but we wouldn’t say that a public alpha build is completely out of the picture. Of course, we have no say in matters of this sort, but it would be nice if we could get some first hand experience with that these guys have been working on. There’s plenty of work left to do with the project, but it definitely seems like it’s going along quite well and we’ll (somewhat) soon have a full Dreamcast emulator to play with on our Android devices.

While I was still a little more excited for PSX4Droid, I’d love to get my Dreamcast on as soon as possible. Who needs Android games when you have real ones? And if these emulators become fast and realiable enough, would the prospects of a PSP phone sound less interesting? Not sure, but it’ll be interesting to see how things unfold in Android’s gaming department.

If you’d like to follow along with the project’s progress, check out drk||Raziel’s blog out right here to stay up to date.

Be sure to check out the videos below of the emulator in action running a handful of games.

Remember the Meizu M9? The Meizu handsets have been the epitome of iPhone clones, so we were rather surprised when...