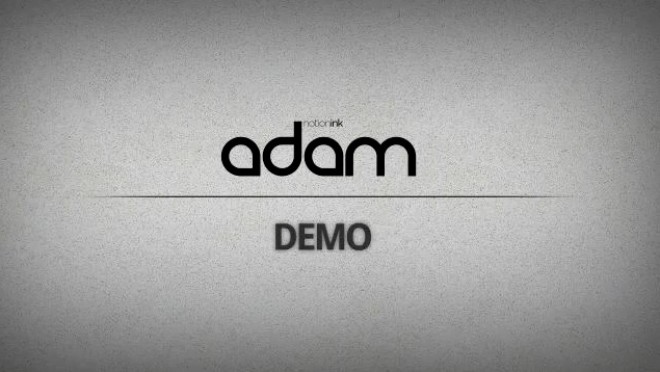 For a while now, I’ve been going on and on about the Notion Ink Adam for its insane spec list. The hardware is great, and we finally got a glimpse of the Eden UI over at AndroidPolice. But after seeing the 6 minute video, I am glad that I did not pre-order the Adam.

The demo shows the Eden UI, which looks pretty nice, but I’m certainly not sure if it deserves the hardware it’s graced with. Without any prior knowledge, you’d be surprised to know that the Adam is running Android OS. That may actually be a good thing for some users, but I’d personally like to see more Android flavoring in the UI. To top things off, the Adam is void of the Android Market, or any Google apps for that matter. Luckily, side-loading applications, preferably a home replacement, should be easy as pie.

The bezel on the Adam looks much larger than we were led to believe from the mock-ups we’ve seen, and that 10.1 inch display looks tiny with all of the extra black surrounding it. The back touchpad has been removed from the Adam, and was replaced with the “mystery feature” that will not be revealed until an update hits the device. That’s somewhat exciting, but after the pre-order issues that ensued, Notion Ink needs to be a little more transparent at this point. We’re glad they did provide a video, but after a year-long delay, we were expecting a more refined video than what you see below.

I began to lose interest in the tablet once I saw how the pre-order issues were handled – server issues aside, those who had commented on the blog were to get first dibs on the Adam, but received no email regarding that fact. More over, the WiFi- only and 3G Pixel Qi toting variants’ prices were jacked up $50 each. (To make up for the price drops in the LCD versions?) Add in $50 shipping, and I was done. So much for staying cheaper than the most basic iPad.

Needless to say, I’m glad I did not purchase the Adam, and I’m very happy with my Viewsonic G tablet. Even with the Adam’s advantage in specs, the G tablet is simple and to the point and installing a home replacement was very easy. The G tablet sports a NVIDIA Tegra2, has a front facing camera, and has already been blessed with custom ROMs.

There’s still a lot to like about the Adam, and I still like the hardware, but the main appeal to the tablet is its Pixel QI display. With CES around the corner, I believe we may be seeing some more tablets with this sort of display in due time.

So what say you, potential tablet buyer? Does the Eden UI provide a good sanctuary for Adam, or will you be waiting for Eve?

If you're not excited about the upcoming CES yet, then take a look at the video below because Motorola will...