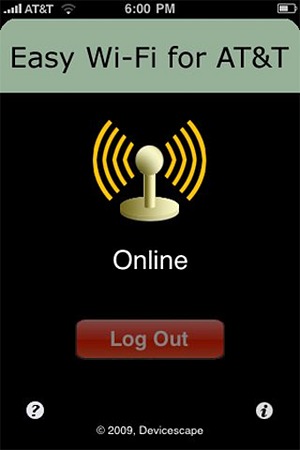 Earlier this year, AT&T decided to alleviate its network in the dense Times Square area of New York City with a Wi-Fi Hotzone. For the most part, it has helped a little in conjunction with beefing up its network. The carrier is now planning on taking things a little further by expanding its Wi-Fi Hotzone into the Rockefeller Center and St. Patrick’s Cathedral areas. It’s a nice little expansion from Times Square, which puts the coverage areas into a nice little area where tourists find themselves most.

San Francisco is next on the list to receive the Hotzone expansion treatment. Any San Franciscan or city visitor can tell you how horrendous AT&T network coverage and service can be, so by adding Wi-Fi zones in parts of the city, perhaps a bit of the load can be taken off of the network.

So far, the pilot project, which included cities like Chicago, NYC and Charlotte, NYC, has been pretty well-received according to AT&T. Additionally, it has helped ease the affected areas just a little bit, especially the zones where service was nearly non-existent prior to the Wi-Fi areas.

For more details on the expansion, see the press release on the following page.

They say necessity is the mother of all invention, and I'd be hard-pressed to think of a greater necessity than...