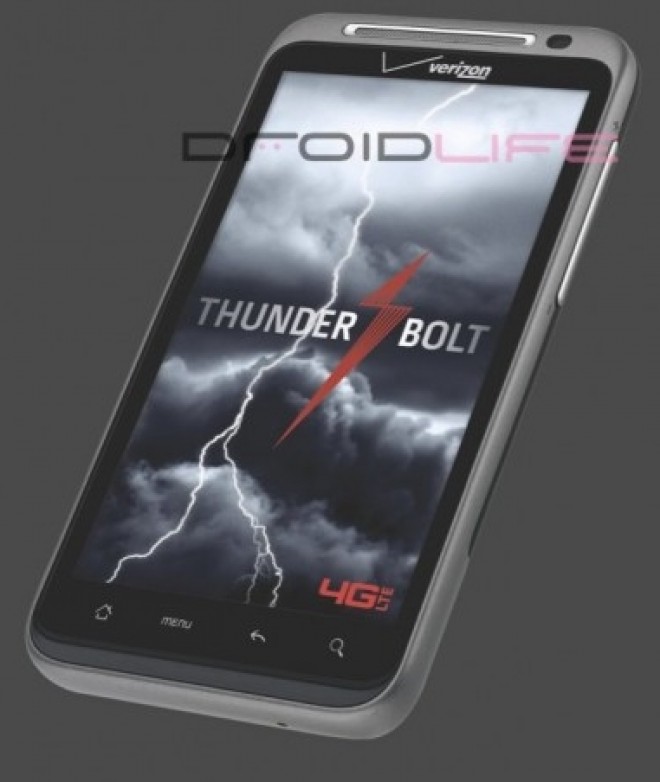 How nice of you to join us, HTC Thunderbolt, we’ve been expecting you. Actually, we weren’t expecting the Verizon-bound Thunderbolt specifically, but we knew something like this LTE-capable Android phone was due to show its face sometime soon. Today, Verizon’s first LTE device, poses for the camera in newly leaked product photos.

Droid-Life managed to get quite a few shots of the sexy new handset from virtually every angle you could imagine. The device looks like a super-EVO, and will likely be one of Big Red’s best-selling devices next year, right next to the iPhone, whenever it materializes. The handset looks to have a large screen, which may still be the 4.3 incher we’ve been accustomed to seeing on larger smartphones these days. Other notable features look to be a front facing camera, back facing camera with dual-LED flash, a kick stand that reveals the speaker grill when opened, and what looks to be two microphones on the back side.  While we have no word on internal specs, the looks of this device is sure to turn some heads.

We’re going to go out on a limb and say this handset will ship with HTC’s Sense UI pre-installed, which isn’t necessarily a bad thing, but we’d love to see some stock Android action on such a sexy device. Yeah, there’s the Nexus S, but it’s only compatible with the T-Mobile 3G network. Verizon would be smart to offer a stock Android option. That said, we seriously doubt that the lack of stock Android will hurt the sales of this device, as it’s looking to be one doozy of a phone.

The real feature, of course, is the that the Thunderbolt supports Verizon’s new LTE network, and will give you some blazing fast download and upload speeds on the go. Hopefully we’ll be seeing more of this handset next week when CES 2011 kicks off, and it looks like there’s a very good chance we will.

So what do you think of the Thunderbolt so far? Looks like a champ in the IntoMobile book if we’re going on looks alone. Hopefully we’ll be surprised with the internal hardware, too. 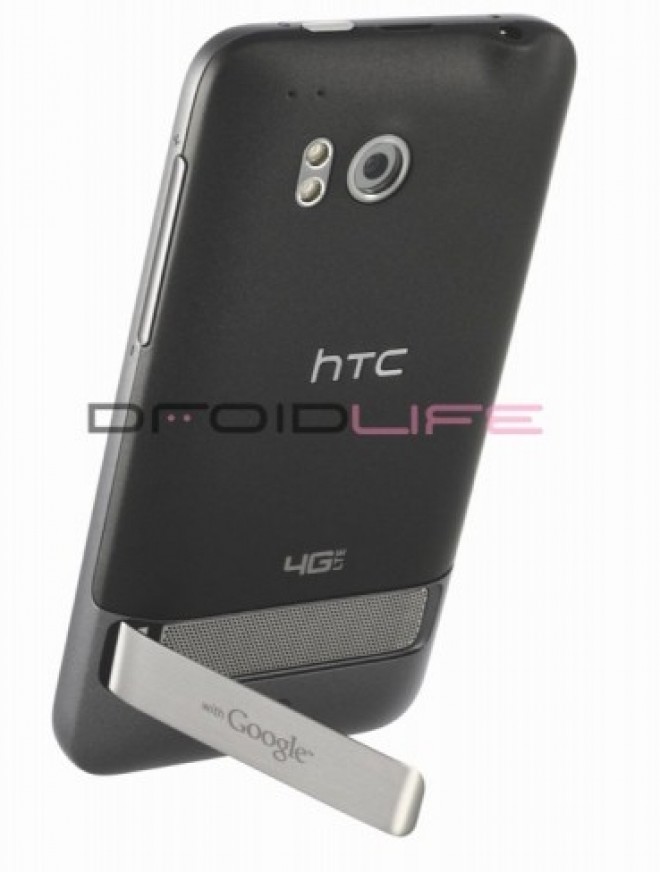 Force your Android phone to check for updates using your dialer

So, going through the system settings to check for an update on your Android phone isn't working, eh? Well there's...