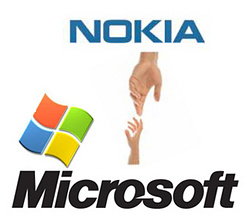 Recent rumors of a Nokia and Microsoft partnership had some fans drooling for a Windows Phone 7 handset from Finland, but it doesn’t look like it really will happen. Of course, we have our very own Nokia alumni who already called shenanigans on the rumor, but now a Nokia employee – who is soon to be laid off – confirms it: Nokia won’t adopt Windows Phone 7 unless it becomes extremely desperate.

The manufacturer already likened adopting Android to pissing itself to keep warm, and since Android is a far more rich and mature platform than Windows Phone 7, what would make anyone think that the Finnish manufacturer would use it?

“Some have theorized that they’re looking at (WP7) as a ‘stopgap’ until the MeeGo strategy is ready, but again, give me a reason that it’s a better stopgap for Nokia than a Symbian^3 phone with Qt,” wrote Martin. “Nokia really does have their OS strategy figured out, and it’s a good one. What they don’t have figured out is user experience design, a way to compete with the ‘$85 smartphone’ Horace Dediu envisions, and, oh yes, the whole damn North American market.”

That ought to quash any hopes that the folks in Espoo would be adopting Windows Phone 7. The problem with these rumors and those who perpetuate them is that little thought is given to how it fits with Nokia’s current position and actual strategy, and how pursuing a change of course in direction would actually help. It doesn’t fit with Nokia, the company never said it was part of its strategy and it won’t help. See? It didn’t take more than two seconds to make a sensible series of thoughts about that issue.

For now, it’s probably better to keep an eye on Peter Skillman’s team and what will come of MeeGo. We’ve heard plenty of times that it’s like “nothing we’ve seen before” and it takes the user interface to a whole new level. And indeed, if Nokia is going to have a fighting chance against Apple and Google, it’s going to need an incredible OS and UI.

AT&T to announce Motorola Olympus at CES next week?

Next week is bound to be filled with a few surprises, and if this rumor from a tipster turns out...