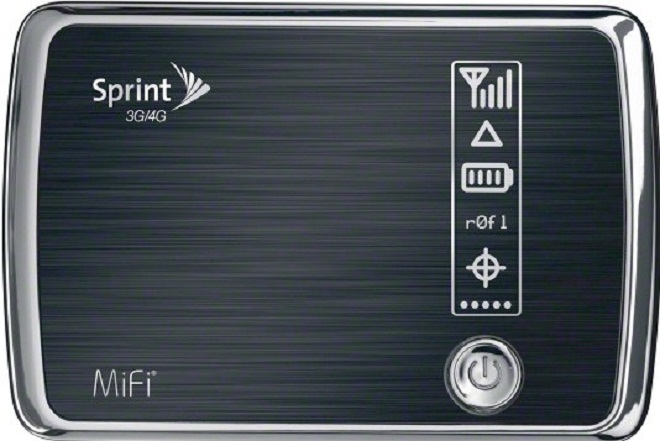 We’re big fans of the Novatel MiFi devices but we’re disappointed that there haven’t been any 4G versions yet. That may soon change, as the picture above could be the Sprint 3G/4G MiFi.

The picture was found in an online forum and the “ROFL” that’s Photoshopped on it makes you question its credibility but this does look about right. The Sprint 3G/4G MiFi was just certified by the Federal Communications Commission, so we could see it as soon as next week during the CES trade show in Vegas (yep, we’ll be there).

If this is the Sprint 3G/4G MiFi, it will be going head to head with the Overdrive, which is also a mobile hotspot which can take advantage of the carrier’s WiMax network.

Unfortunately, the Overdrive has been wildly inconsistent. When the stars are aligned, this is a great way to get connected on the go and I’ve had strong service that delivered over 5 Mbps in the middle of a public park. Those types of situations are few and far between though, as the device takes forever to start up, software updates have actually really hurt battery life and getting a 4G signal seems to be more difficult as time goes by.

The Sprint 3G/4G MiFi from Novatel should solve many of these problems and like previous versions, this should be not much bigger than a credit card. This would make the Overdrive look even more like the huge hockey puck that it is.

As the technology gets cheaper and smaller, I’m hoping that we get more MiFi devices with next-generation mobile data capabilities. It may be too early to get a small, sleek device that can create a mobile hotspot from Verizon’s 4G LTE network but I would love to see a MiFi that could support T-Mobile’s HSPA+ network.

AT&T to announce Motorola Olympus at CES next week?

Next week is bound to be filled with a few surprises, and if this rumor from a tipster turns out...