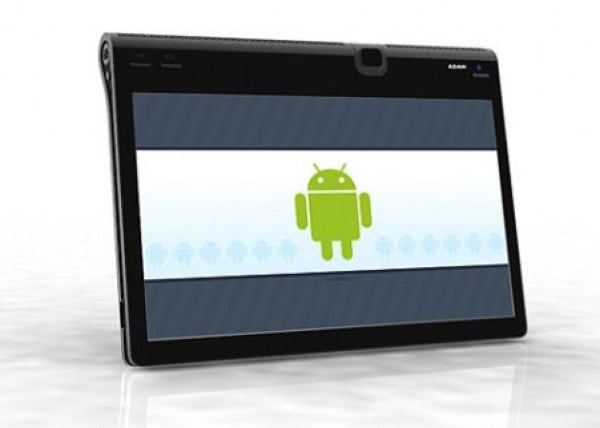 From what we’ve seen so far of the Notion Ink Adam – be it the impressive hardware, or the not so impressive UI – it’s clear that the team has been hard at work making this tablet a reality. It my have taken a lot of potential buyers causing a ruckus about the lack of video of the Adam, Notion Ink has been putting up videos almost daily, showcasing what it believes is the product to beat.

The Eden UI is very simple and easy to use judging by the videos, but we’re wondering if it will be for everyone. While you do actually see the homescreen in one the videos below, the Adam seems to surround its whole UI around multitasking. That’s not a bad thing, but it looks as if it may be a big mess in real life. While Notion Ink has chosen light colors for Eden for better visibility, I really wish you could theme the UI, as the white and red just look plain bad.

Nonetheless, the Adam as a whole seems to be rather impressive any way you spin it. The software may not be for everyone, but that is what home replacements are for. The hardware usually pleases anyone who reads the spec sheet and if I was patient enough, I may have bought one of these things if their site could have handled the pre-orders.

Before we can officially stop calling the tablet vaporware, we’re going to need to see some actual units shipping. With rumblings that the first set of tablets have already been pushed back on the ship date, is anyone regretting their purchase? Notion Ink had a great idea but we’ve yet to really see if they’ve been able to deliver the goods.

Either way, I can’t wait see this thing at CES and be able to get some real hands on  time with it. Until then, we’ll have to make do with these videos.

Despite the glut of competitors over the next 12 months, Caris & Co. research said the Apple iPad will still...