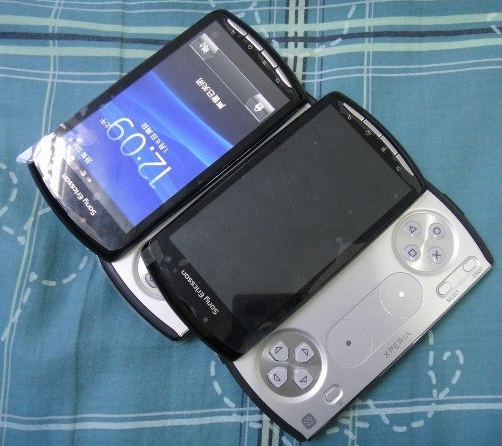 The upcoming PlayStation phone (or straight-up “Play“, if you will) has been caught again under the camera, this time with Sony Ericsson’s Xperia logo staring right back at us. The software running on there is Android 2.3 (as we had seen in previous benchmarks), and looks like it has some of the usual Xperia customizations on there.

From what we’ve gathered, the Sony Ericsson Xperia Play will have a 1 GHz processor with an Adreno 205 GPU, and a 3-inch HVGA Bravia display. As you might expect, the Play will probably be tightly integrated with Sony’s existing PlayStation and PSP brands, but to what extend and manner is anybody’s guess. At very least, I suspect it’ll come preloaded with their dedicated PlayStation app, and if we’re lucky, there will be some cool Bluetooth pairing for media swapping, and maybe even some in-game interoperability.

That’s all guesswork at this point; I look forward to seeing this thing at CES this week, or failing that, next month at MWC to see exactly what kind of unique features are packed inside.

Samsung is starting to leverage Android in their other businesses in the tech world, as today they have announced the...