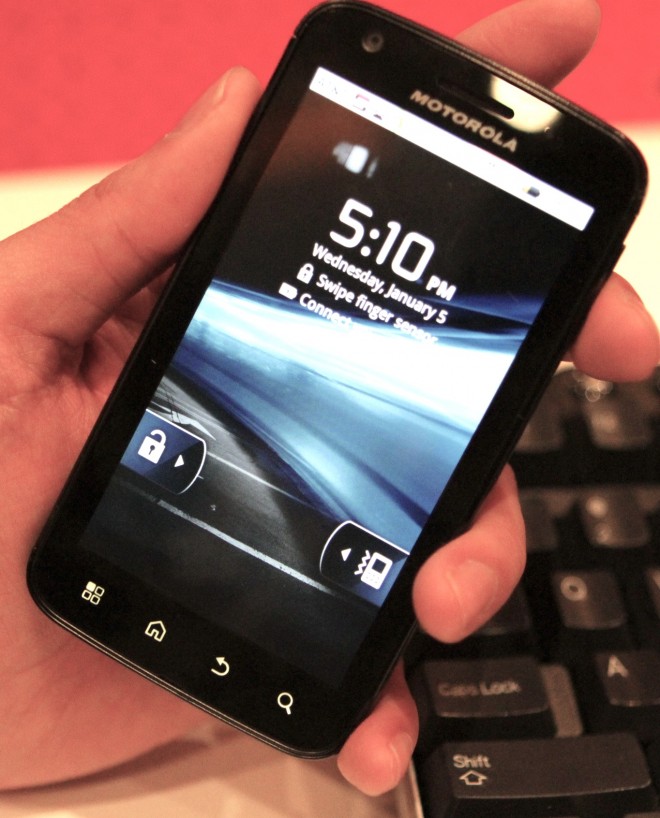 The Motorola Atrix 4G is already one of the early favorites to be the best smartphone of 2011 but we haven’t really heard much about an exact release date … until now that is. According to some leaked documents, this super duper phone could hit the streets for AT&T customers March 1.

Android Center got a hold of some documents which say the device will hit March 1. The only snag with this is that AT&T generally likes to launch phones on Sundays and that date is a Tuesday.

Of course, that’s just a minor snag, as the nation’s second-largest carrier is willing to move off that routine if the device warrants it. For example, the iPhone is generally launched on a Friday and it is an AT&T device – it’s also coming to Verizon too.

As for the Motorola Atrix 4G, there’s a reason why the mobile world is drooling for this thing: it’s a powerful smartphone monster. Featuring a sleek design, the device sports a dual-core processor that can go up to 2 GHz, 1 GB of RAM, a fingerprint reader, HSPA+ capabilities for speedy downloads, a large touchscreen, and all the other features you’d expect from a device of this class.

Another cool thing about the Motorola Atrix 4G is that it will have a laptop dock accessory to show off how powerful it really is. We’ve seen this in action and it looks straightforward: you plug the phone in the laptop shell that has a full keyboard and a larger than 11-inch screen and the phone powers a full, desktop browsing experience. You’ll have a full version of Firefox with this, as well as access to Android apps on the larger screen.

We’re pinging Moto for some specifics but let’s hope this rumor pans out. I really, really want to see if this device can live up to the hype.