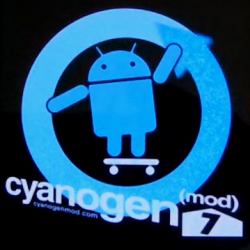 CyanogenMod nightlies have returned, and this time around they are packing Android 2.3 Gingerbread OS. Announced just yesterday, I loaded the CyanogenMod RC0 on my T-Mobile G2 as soon as I saw it, and I’m liking what I see.

Nightlies ceased being published around the time the Android 2.3 Gingerbread source code was dropped, presumably so that all attention could be given to the newest version of the OS. There have been Gingerbread builds out for a while now, most of which are based off of CyanogenMod to begin with, but the recent announcement means that newer builds will be based on the real deal Android 2.3 source code, rather than being hacked together from various sources. Since the ROMs have yet to even gain an RC1 release, you should be advised that there will be bugs. That said, I’ve yet to run into a problem I can’t work around, so my short time with the ROM has been a largely positive one.

Since nightlies are published, well, nightly, you may want to hold off a bit until we begin to see the ROM stabilize a bit. It’ll likely be some time before we see a fully stable release for CyanogenMod 7, but it can only go uphill from here, as the existing ROM already runs rather well. Still, you should know that some applications just don’t like to work on CM7, and I’ve experienced this with a handful of apps. One thing that I always enjoyed with Froyo was the automatic application re-installation that occurs when you get a new Android device or flash a new ROM. This didn’t happen when I installed the nightly, as I only had about 4 of my apps automatically installed for me and had to manually install each one from the Market.

So yes, you’ll likely run into problems with this ROM, but as I said before, it’s nothing you can’t work around. Of course, if you’re looking for the best CyanogenMod experience, don’t expect it from this nightly yet. Let the team work their magic.

You can check out to see if the nightly is available for your phone here.