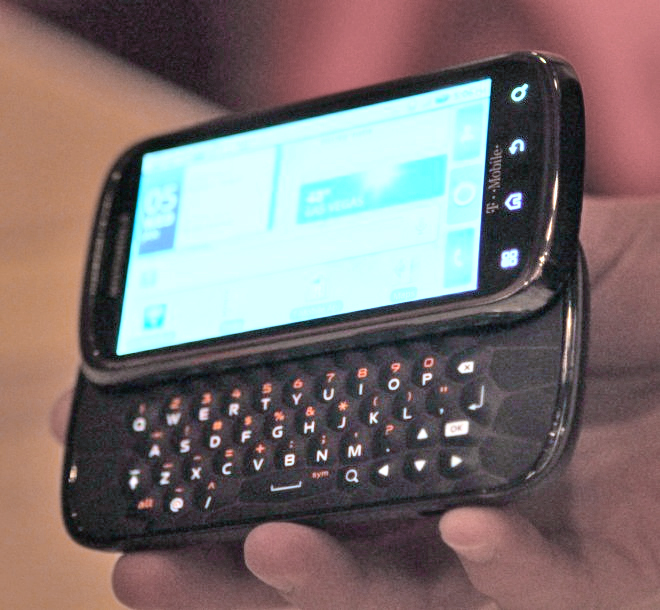 As hinted at in a leaked Vibrant 4G timeline yesterday and again last week, the Motorola Cliq 2 was made available today on T-Mobile. Despite the various upgrades, the Cliq 2 is still very affordable – only $99.99 on a two-year contract after rebates.

The Cliq 2 improves on the original with a 1 GHz processor, bigger, higher-res 3.7-inch WVGA screen, HSPA+ connectivity, and Android 2.2 Froyo. The slide-out keyboard sports a funkier hex style which looks like it would be pretty comfortable to type on, but you’ll have to deal with Motorola’s Motoblur customizations (though I actually found the social networking home screen widgets kind of handy). A lot of the other specs stayed the same, like 5 megapixel camera,  1420 mAh battery, GPS, and Wi-Fi (though the Cliq 2 supports n-class and DLNA media sharing). Take a look at our hands-on with the Motorola Cliq 2 for the full tour.

I dig the look, and know some people really need their physical QWERTY keyboards to message efficiently, even with viable touch-screen custom keyboards like Swype available. The only other recent Android handset on T-Mobile to offer a slide-out keyboard is the HTC G2 and the myTouch 3G, which are both a little cheaper, but still comparable in specs. If you’re set on the Cliq 2, though, you can find it in T-Mobile’s online store.

The Apple iPhone has long been derided for not being able to make calls and the Line2 VoIP app was...