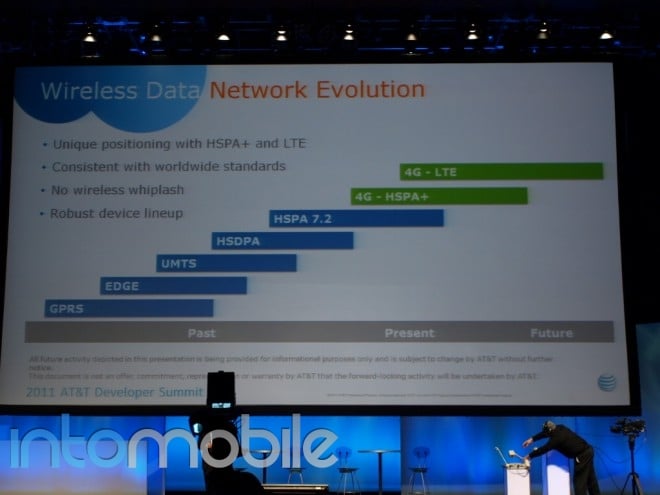 We know that AT&T is going to make a big push with its 4G network but we didn’t get many details about how much the 4G LTE data plans will be. Well, a leak suggests that we may be seeing tiered data and speed pricing.

According to a leaked internal document obtained by BGR, the AT&T 4G LTE plans will include the traditional data allotment tiers we’re used to but there will be speed tiers as well. Users will be able to “Speed Up” sessions which can allow you to boost your data rates for a predetermined period of time.

If you’ve underestimated how much AT&T 4G LTE data you need, you’ll also be able to “Top Up” your sessions to increase your buckets of data for your billing cycle. There is nothing about how much this will cost though.

If true, the AT&T 4G LTE data plans shouldn’t be much of a surprise, as tiered pricing appears to be an inevitability in the United States, at least. This can be good or bad, depending on your perspective.

The one argument which seems to make sense for AT&T 4G LTE tiered pricing is that you’ll get what you pay for. With many of the unlimited plans, the majority of people subsidize the so-called “data hogs” and many people don’t use close to $30 a month of data. Being able to pay for the amount and speeds you want could be considered more fair than the current setup.

The other side of the argument says that tiered plans can stifle innovation. Think about how different the Internet became once people stopped having to worry about how many minutes they were online – this opened the door for innovative apps and services and so could unlimited 4G mobile data networks.

How say you, friends?

AT&T is going to start a phone trade-in program starting Sunday, January 23 according to some leaked documents. Customers who...