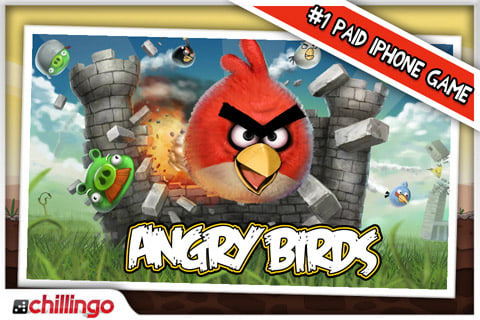 We all know how popular Angry Birds game is. Rovio, the company behind the super-popular game, managed to sell more than 12 million digital copies while the free version was downloaded by more than 30 million users. Furthermore, Angry Birds is so hot that it will be released as a board game (thanks to Mattel) and even got its fan-made LEGO bricks.

So what’s next? How about animated series? Yup, Rovio is taking that step with the show now moving into production.

“It was a completely new area for us; we had to get our bearings there, and a sense of how the whole market was,” Rovio CEO Mikael Hed commented. He also added: “That was the first part of the exercise, and now that we’ve done that, the next part is to move into production, and that’s where we are right now.”

Unfortunately, we don’t know when the first Angry Birds episode will air, but as soon as we hear something new, you’ll be the first to know. Stay tuned…

Rovio is one lucky company to have fans like Tsang Yiu Keung, who is a LEGO artisan behind this project....