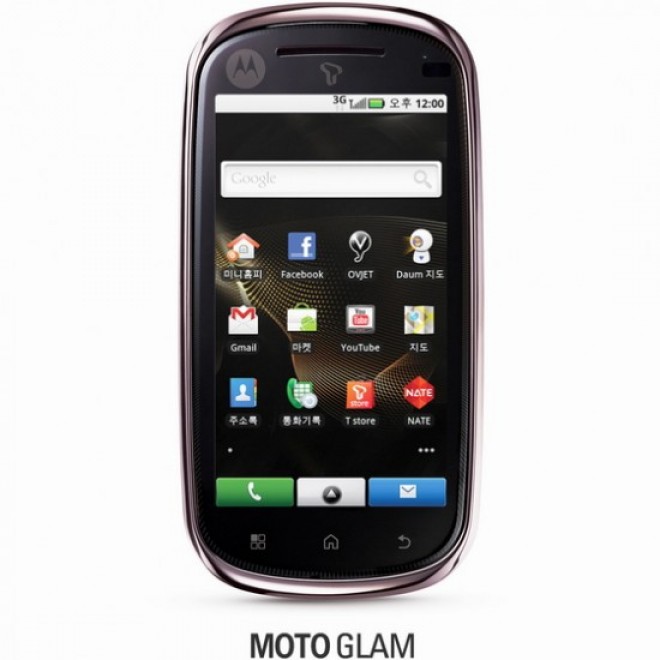 There’s another Motoblur device in town for the Indian Market, and it’s nothing we haven’t seen before. Instead of the Titanium, the handset has been renamed to the Motorola Milestone XT800, or the Glam, was launched in Korea back in August, and we never heard of it again. It’s now back and ready to take India by storm.

Much like the Motoroi that never made it to T-Mobile, the Glam XT800 also comes with a mini HDMI port so you can get your media onto a big screen in 720p HD resolution. We wish the Motoroi’s Xenon flash made the jump to the Glam , but you’ll just have to make due with the XT800’s 5-megapixel camera and dual-LED flash. The Glam also comes with Android 2.1 OS, which lags a bit behind the Android 2.2 Froyo OS that dominates the Android landscape today, but it’s sure to get the job done. Unfortunately, until the Glam gets updated to Froyo, there will be no Adobe Flash 10.1 support on this device.

The greatest feature of the Glam XT800 is the fact that it’s a world phone, allowing you to take the device virtually anywhere in the world and still have wireless service. If having a world-capable phone isn’t terribly important, you may want to look elsewhere. The Glam looks very similar to the Motorola Bravo, but instead of an 800MHz CPU onboard, the Glam may ship with an TI OMAP 720MHz processor. This won’t be a speed demon of a phone, but it certainly won’t be the slowest, either.

So while there won’t be a line of eager fans waiting to buy this thing, the Glam XT800 may be exactly what casual Android users have been looking for in a world phone. Wherever the Glam lands, we can imagine that the handset will be relatively inexpensive after carrier subsidies.

Oh, look - some logos. It's for the HTC Arrive and the Kyocera Echo, both said to be heading to...