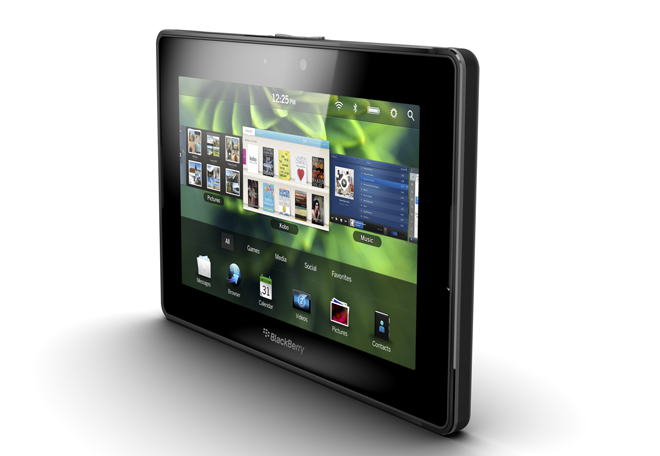 RIM VP Jeff McDowell recently estimated that their upcoming BlackBerry PlayBook tablet would have 4,000 apps available for it in March at launch. McDowell also had some bold words to say about the battery life, which had come under fire; he says that the PlayBook would have equal or better life than the iPad. I guess that wouldn’t be the first time RIM made a frank and direct comparison to the current tablet leader. He also mentioned that Balance, a system that will allow employees to buy their own BlackBerrys, do their personal stuff on it, and keep IT admins happy, will be available in the next two months.

RIM has had a lengthy pre-launch period, starting with the launch of the Adobe AIR SDK, where they’ve been wooing developers with free devices if they submitted finished programs to BlackBerry App World. As for the battery, we know it’ll have a 5300 mAh non-removable unit in there, and that optimizing it is the last thing RIM will do with the new QNX-based OS before launching.

The PlayBook will do away with most hardware bottlenecks developers are used to working around for RIM smartphones; with a dual-core 1 GHz processor, 1 GB of RAM, 7-inch 1024 x 600 display, stereo speakers, Wi-Fi, 3G via tethering to a BlackBerry, and a new OS that can handle multitasking with ease, apps have a lot more to work with.

4,000 apps is a decent number to start, but it’s certainly not all about selection; the quality of PlayBook apps will be put in pretty direct comparison with Android and iPhone, which have set a high bar. Right now, there are only a few tools at developers’ disposal – the AIR SDK, and WebWorks, with a native SDK reserved for high-grade game devs.  That will likely change in time as the PlayBook proves itself in the wild, and developer interest grows, but even then, it’ll be hard to convince programmers already entrenched in other proven platforms to get involved with something brand new.

Google is always trying to get you to stay on their website. While there are websites out there dedicated to...