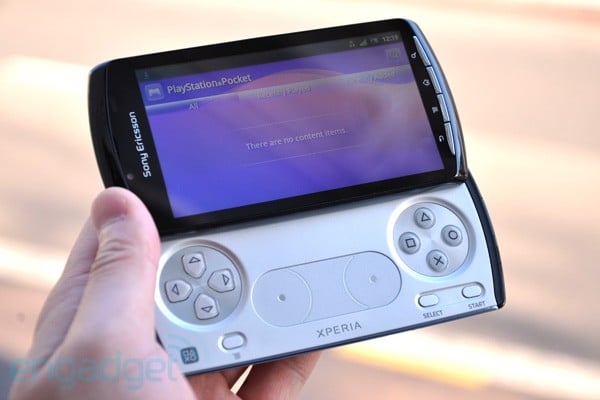 We’ve seen plenty of the Sony Ericsson PlayStation phone, or what we’ve now learned is called the Play, that this should come as not much of a surprise. The phone has been given a thorough fondling and it looks pretty impressive. For those of you unfamiliar with it, the Sony Ericsson Play is an Android device that slides open to reveal a PlayStation-esque controller.

Engadget managed to get its hands on the device since it had been “floating around in China.” We’re expecting an official announcement at Mobile World Congress in February this year, but for now we can see what Sony Ericsson has up its sleeve with this new device. Engadget was careful to mention that the unit it has is a prototype, and there are a few bugs in the OS as it matches the hardware, and WiFi wasn’t working, either.

The way the controller is laid out leads Engadget to believe that there will be games made solely for the Xperia Play, and that makes perfect sense. So, what’s it like handling this thing once you’ve already grown accustomed to playing on the PSP Go?

Since we have little experience with the PSP Go, we asked a good friend of ours to compare his experience on our Xperia Play with his 50 to 100 hours of play time on his PSP Go. Interestingly, one of his first reactions was that the phone is less well balanced than the bottom-heavy PSP Go, and then he noted that the shoulder buttons could do with more depth, but this would obviously require a thicker body.

There you have it. Specs and hardware internals are hard to confirm for obvious reasons, but this thing is running Android 2.3 Gingerbread and uses Sony Ericsson’s custom user interface. It has a single-core processor, but it looks like the games run well enough that whatever is built in seems to do the job just fine.

For more details and some video walk-through action on the Xperia Play, see the link below.