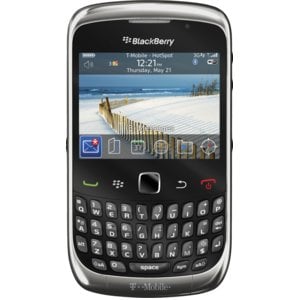 Verizon reported via Twitter that there is a major BIS outage affecting Sprint, T-Mobile, AT&T, and all other carriers using RIM’s non-corporate email service in the U.S. There was no reason given for the outage but the service is expected to be back online by Noon ET. During this time, customers using BlackBerry Internet Service from their carrier for their personal email will not be able to send or receive email.

Outages such as these were much more common in 2007 and 2008 when it seemed like RIM’s servers for their BlackBerry handsets were going down once a month. RIM even had two outages in one week in late 2009. It has been a while since there have been reports of a widespread outage as large as the one reported today by Verizon. There have been pocket outages here or there, but a cross-carrier, nationwide outage is not a common occurrence.

While folks wait for their email to come back online, you can enjoy some non-mobile activities like going for a stroll and taking some time for sledding if you live in on the East Coast and have affected by these latest rounds of snowstorms. Before you know it, your BIS account will be back online and you will be able to tap out emails on your lovely QWERTY keyboard in no time.

Update: RIM confirmed that the BIS problem has been solved in all of North America as of 12:30PM EST. Here is there official statement: “BIS email delivery was delayed this morning in NA due to system maintenance. Service is now being restored. We apologize for inconvenience.”

Verizon Wireless announced that no longer you need to have an iOS-powered device to keep up with NHL while on...