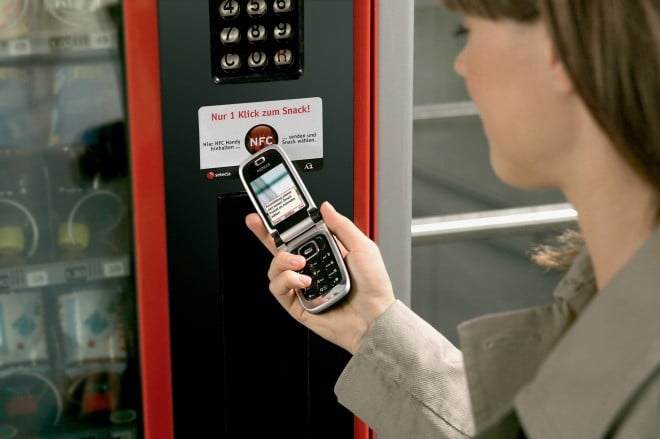 LG Electronics will be bringing out an NFC payment system in Europe in 2012 which will let customers swipe their phones to pay for goods.

“The point-of-sale technology, which will be targeted at small and medium-sized businesses and will involve NFC or near field communications and cloud computing, is currently in beta testing,” Jin-Yong Kim, vice president for business solutions at LG’s Home Entertainment division, told Reuters.

The LG NFC payment system is expected to be rolled out in Europe next year and depending on adoption, it could likely be used in different markets. Europe is a good market for the LG NFC Payment system because there are more public transportation users than in the United States and it may be easier to roll out the infrastructure.

Regardless of how it happens, the LG NFC payment system is just the latest sign that mobile payment is close to hitting the mainstream. I know our readers in Japan, Korea and other places already have been using their phones to pay for stuff but this is a major improvement for consumers in places like the United States.

AT&T, Verizon, T-Mobile and others have teamed up to create the ISIS initiative and this is aiming to bring NFC payments to a large audience. The three carriers have more than 230 million customers combined, so it could eventually have tens of millions of customers armed with ways to pay with their phones.

Google is also making a big push with this technology, as Android now supports NFC and the search giant is reportedly building a mobile payment platform. Let’s hope all the technologies will be interoperable because the easiest way to kill adoption is to make it fragmented and difficult to use.

So, are you looking forward to finally being able to use your phone as your wallet?

Last week, LG was teasing us with a 3D Optimus phone launching at Mobile World Congress, which likely be this...