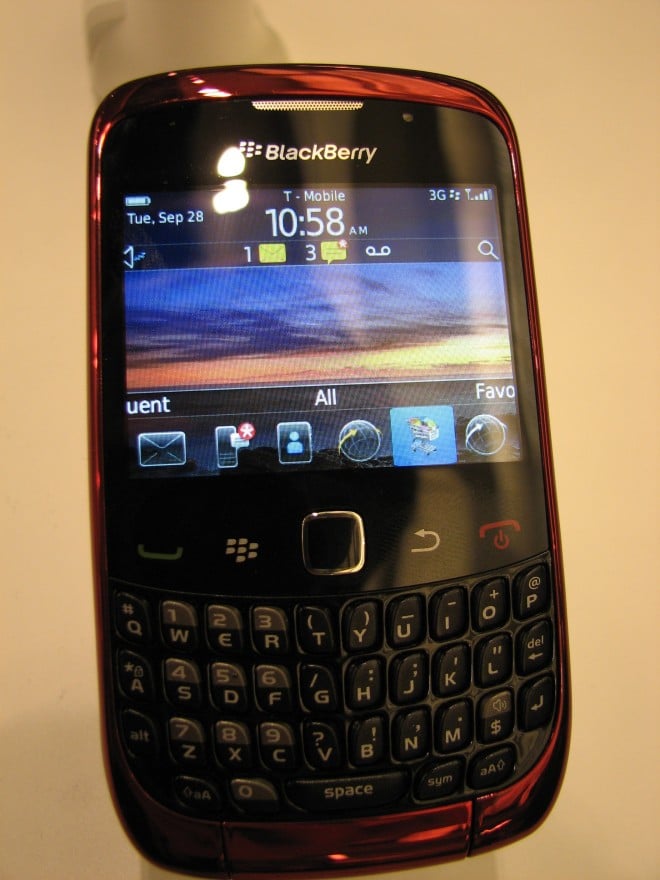 T-Mobile customers with a BlackBerry Bold 9700 or Curve 9300 may be able to test out a pre-release version of OS 6 through RIM’s Beta Zone.

The BlackBerry 9300 is an entry-level smartphone with a fixed-focus 2 megapixel camera, 2.4-inch QVGA display, Wi-Fi, GPS, and 3G. The Bold 9700 is a bit swankier, including a 2.4-inch HVGA display and 3.2 megapixel camera with flash and autofocus, but otherwise has just as much processing power and RAM as the Curve. OS 6 introduces a few new features, most notably universal search, so you can find stuff on your phone and online just by typing from the home screen. There’s also an upgraded WebKit browser, and a bevvy of visual upgrades, like the re-jiggered home screen layout you see above.

The BlackBerry Beta Zone is also offering another OS 6 for the Bold 9780 in case you’re interested in testing something a little more bleeding edge, though the thing already ships with a version that’s good and stable. There should be some OSes available to folks who aren’t on T-Mobile too, including carriers in Canada and the UK, so it’s probably worth checking out. The Beta Zone is actually a great way from RIM to get OS upgrades to BlackBerry owners, since they’ve had the software more or less ready since September, but deployment has a tendency to be slowed down by carrier testing. Why not let the hardcore BlackBerry fans do the testing, eh?

Head over to the Beta Zone to sign up, but be quick, there’s only a limited number of spots.

For those of you just waiting for a glimpse of the T-Mobile G-Slate, your wait is over. Sadly, we're quite...