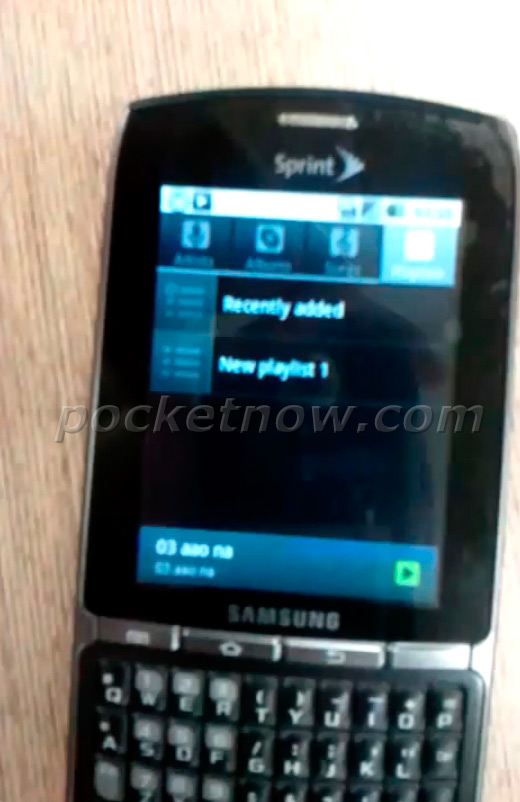 Sprint is planning an Android handset to combat Verizon’s Droid Pro, by the looks of it. We don’t know much about this Samsung handset, but it’s got the full physical QWERTY keyboard and a portrait-oriented touchscreen. It doesn’t look like there’s any kind of front-facing camera, so I wouldn’t expect 4G on here, but really, it’s all guesswork at this point.

Mobile World Congress is just around the corner, and though we might see this mystery phone at the show, most eyes will likely be on the high-end hardware, like the Galaxy S 4G and the Galaxy Tab 2. There’s also the new Android-powered Sidekick coming down the pipe which Samsung is making for T-Mobile, while Sprint may be announcing a new 3D phone with LG.

In any case, Sprint could use a nice mid-range Android handset with a QWERTY keyboard to keep the Intercept and Transform company, and offer an alternative to existing customers who have been glancing longingly at the Droid Pro on Verizon. We’ll be sure to get you guys more info from Mobile World Congress, assuming this thing gets announced.

Android Honeycomb is going to be unveiled very soon, and Google exec and designer Matias Duarte gives us a little...